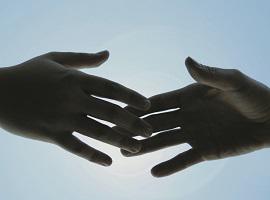 In a bid to put more money into more hands, the distributor is stressing personal contact with resellers and end users.

In theory, at least, the IT industry is currently entering a golden age for credit automation. With ever-more-powerful big data solutions appearing constantly, evaluating financing applications is becoming faster, less labor-intensive work all the time.

Except, perhaps, at Tech Data Corp. Though the Clearwater, Fla.-based distribution giant has plenty of sophisticated software at its disposal, its strategy for 2017 and beyond is built around something sorely lacking from most credit processes and absent entirely from big data systems: human contact. “We’re a touchy-feely-type credit group,” says Jay Snyder, Tech Data’s vice president of credit for the Americas.

Or at least it has been since Snyder came on board last June. Encouraging analysts to spend more time speaking directly with resellers and end users has been one of his top priorities. “We want to know their story, learn their history, [and] grow with them,” he says. “It takes time to get through that, but we’re willing to dedicate that time.”

And willing to extend more credit based on what they learn from those conversations too. According to Snyder, Tech Data’s credit grants to SMBs spiked $23 million in October 2016 alone. “We’re finding more ways to say ‘yes,’” he observes.

Even the company’s credit software promotes personal contact, adds Snyder, noting that the system prompts analysts to inspect customer buying patterns regularly for signs of impending credit requirements. “We can see that that need is there, and then we can reach out and talk to the customer,” he says.

Competitive Differentiator
The people placing those calls are a competitive differentiator for Tech Data, according to Snyder, who says most of them are credentialed industry veterans with years and often decades of experience. “They know our customers, they know our industry, they know our vendors,” he states.

There’s about to be a lot more of them too, thanks to Tech Data’s blockbuster $2.6 billion acquisition of Phoenix-based Avnet Inc.’s technology solutions unit. Still pending as of press time, that deal will add 5,000 credit professionals to Snyder’s organization. Making that process a smooth one for everyone involved is among Snyder’s biggest goals for 2017.

“We’re going through a lot of the transitional work as much as we can before all the regulatory stuff is completed,” he says. “The objective is to make sure that day one, whenever that day one occurs, it’s as seamless and transparent to our customers as possible.”

VARs who do business with both Tech Data and Avnet today can expect to have two separate contacts initially before the currently separate credit units fully unify. Tech Data executives have repeatedly emphasized, however, that the total amount of credit available to partners won’t change. “What we’re stressing to our customers is one plus one equals two,” said Marty Bauerlein, Tech Data’s senior vice president of U.S. sales, in an interview with ChannelPro-SMB in October 2016. “What you had with Avnet you’re going to have with us.”

And then some, adds Snyder, who is pushing his people to roll out new credit programs this year. “I don’t want these guys to just sit on their laurels and wait for somebody else to come up with something,” he says. “We are a leader in what we do and we need to make sure that we’re doing that on the credit extension side as well.”

In support of that effort Snyder is currently partnering with the National Association of Credit Management to develop an online continuing education resource called Tech Data Credit University. Available in-house for credit professionals at first, the new offering will eventually open its virtual doors to VARs and their clients as well. That’s just one of several ways Snyder hopes to sustain what he characterizes as strong momentum for his group.

“Our new applications have increased [and] our requests for credit have increased,” he says. “There’s definitely a buzz.” Sustaining that buzz is ultimately job No. 1 for Snyder in 2017.

Go with the Flow: Getting into Workspace Optimization
December 18th, 2019