Taking a Closer Look at ChannelEyes: Social Network for the Channel 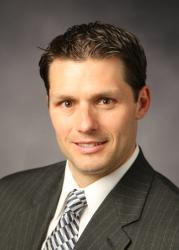 In this interview with Jay McBain, formerly of Autotask, he explains how being part of the ChannelEyes network can improve business and relations for channel partners and vendors. By Elaine J. Hom
Tweet

In October, Jay McBain and Bob Godgart, both formerly of Autotask, announced the creation of ChannelEyes, new social network exclusively for VARs, resellers, channel partners, and vendors. As testing gets underway, the channel community is awaiting the full launch. Early access opens on January 12.

"Our hope is to find a way to get a million eyeballs from the IT community on our product," says Godgart, founder and managing partner. "That includes trying to get every solution provider, every vendor in every country, in multiple languages all over the world. We have a pretty grand vision." ChannelPro-SMB Web Editor Elaine J. Hom sat down with McBain to get the lowdown on ChannelEyes and to find out how it will serve the channel community.

ChannelPro-SMB: What is ChannelEyes?

McBain: It's a secure social network that's free for the vendor and the user at the base level. It's kind of like Facebook, but instead of friending people to make a connection, you make a connection to your vendors. They'll have a secure way to communicate with you in much more of a conversation than the traditional sense, which used to be vendors sending a blast of information and hoping the partners get it.

ChannelPro-SMB: What are some of the benefits that you hope to bring to the users?

McBain: For our readers, we hear that there's information overload [from the vendors]. The number of vendors that they follow is increasing, as well as the amount of portals and programs that they have to follow, and it's getting to the point where it's almost impossible [to keep up]. They're looking for a way to narrow that down, to get the right information to the right person within their organization. For example, a sales person doesn't care about the technical information, the whitepapers and the service bulletins that are sent out. ChannelEyes offers something to everyone in the organization. We've defined several different categories of information that you can filter down per vendor, per product.

Before ChannelEyes, many channel partners will have had a [social media] gatekeeper. The vendors send all kinds of information, and it's being filtered through a single person at an organization who's managing their social media. Thanks to the focused feeds on ChannelEyes, there's no longer a need for that gatekeeper to spend their day filtering information.

ChannelEyes is not a one way street. It's not like today, where you receive emails or pdfs or webinars, and much of the communications [between vendors and resellers] are one sided. People today, in the consumer world, are communicating in 140 character soundbites. We're communicating the latest channel program, enabling partners to share it with peers, rate it thumbs up or thumbs down, find out what's popular among peer groups, and to give that feedback.

ChannelPro-SMB: Is a profile based on the individual or the organization?

McBain:  A profile is personal – it will have your picture and your own information in there. But it's architected at the account level. If a partner is part of Cisco's vendor program, all of their colleagues at the same company, the channel partner [company] itself, will be allowed into Cisco's profile. It allows Cisco to talk more specifically and more focused on solution providers and it won't show up to the public. It's not like putting something out on the Twitter feed that an end user might read. [The vendors] are free to talk about channel programs inside that portal, and they can have those focused conversations with the right people.

The feeders benefit from knowing that their information feeds are highly focused. The people who read the feeds are self-selective of their filters of information, and it's secure for them as well. They don't have to worry about the general public reading their feeds. They're not disclosing a promotion, or a technical document meant only for the channel – this information is not going to reach the end user.

ChannelPro-SMB: How has the channel community responded?

McBain: The response has been incredible. This has actually gone viral. The day we announced it, in early October, we had over 1,000 companies within the first couple of days. Since then, signups have been strong on the teaser site that we put up. We've reached more than 40 countries around the world.