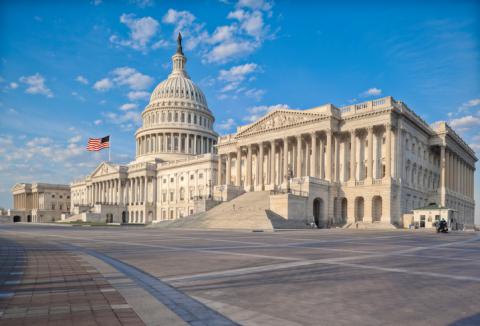 Learn all you can about the funded agencies and their IT plans, and position yourself as a problem-solver. By Hank Hogan
Tweet

WHO SAYS NOTHING GOOD comes out of Washington? Enacted in December 2017, the Modernizing Government Technology (MGT) Act authorizes federal agencies to spend up to $500 million over two years on innovative new solutions and cybersecurity upgrades. That spells opportunity for channel pros—if they have the right portfolio and position themselves as problem solvers.

Indeed, MGT funds have already started flowing. In early June, the Agriculture Department received $10 million to add a customer experience portal to its Farmers.gov website, the Energy Department got $15 million to move its email into the cloud, and the Department of Housing and Urban Development collected $20 million to accelerate migration away from its aging mainframe.

That $45 million represents about half of the MGT’s initial authorized allocation. The rest of the money sits in a central fund overseen by the Office of Management and Budget (OMB) and managed by the General Services Administration. According to O’Brien, that sizable pool of dollars is just a down payment on needed IT refreshes and will have to be supplemented by additional money. Fortunately, she continues, a potential source already exists.

Channel pros can benefit from this activity, according to Amy Kardel, co-founder and director of San Luis Obispo, Calif.-based IT consulting and services provider Clever Ducks, and chair of the board of directors at CompTIA, the Downers Grove, Ill.-based technology industry trade association.

The OMB is prioritizing modernization and consolidation, cybersecurity, shared services, and adoption of commercial cloud solutions, she says, adding that the best opportunities for smaller channel pros will be as subcontractors.

To find opportunities, channel pros should monitor submitted and approved projects. Kardel says a good starting point is policy.cio.gov/modernizing-government-technology, as well as the websites of major procurement offices.

“Take advantage of this data and learn all you can about your target agency and their IT plans,” she says. Then, to improve your odds of winning the contract, emphasize that you’re looking to do more than cash in. “Position yourself as a problem-solving resource, not just another vendor,” Kardel advises.