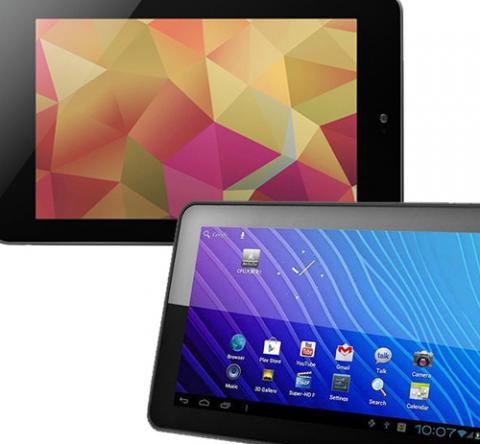 There are certain things in life you shouldn’t cheap out on. Seafood. Rock climbing equipment. Smart phones. Should tablets be added to that list? By Chris Eaves
Tweet

Today we take a look at two value play tablets – the wildly successful $200 Nexus 7 and a generic Android slate that we’ll dub “Da Cheapo.” Consider this a witness protection program for economy tablets.  So, how do they stack up against one another, and what do you get for an extra $100 or so? Let’s find out.

The Nexus 7 is the perfect commuting size for a small tablet.  For average sized hands, it is easy to operate one handed. The 7 is easy to hold and read ebooks and large enough to allow you to sift through email inboxes with ease. The tablet’s frame feels study and solid. You could feel confident that a three year old could watch a movie on it and not somehow break the 7 in half or crack the screen.

Da Cheapo, on the other hand, is flimsy. Holding it in one hand creates a hot spot in the display (more on that display in a moment) and the case bends under its own weight. Too large for easy one-handed operations, this 9 inch tablet requires two hands, yet the large size doesn’t provide much real estate because of the poor display resolution. You wouldn’t hand this over to a three year old and expect to get it back in less than five pieces. 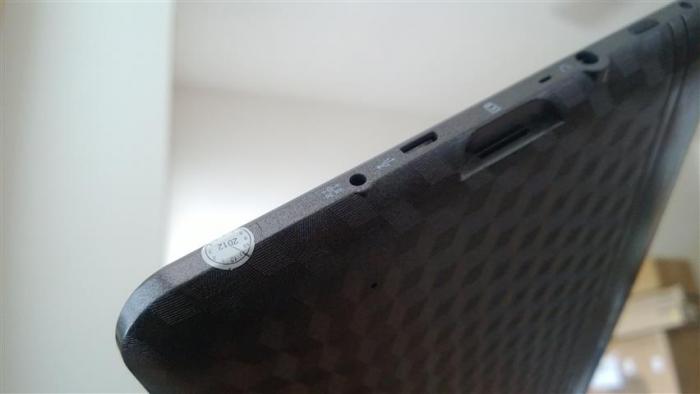 The Nexus 7 comes with an industry-standard micro-USB power port, which makes it convenient to charge a cell phone and the Nexus from the same adapter. On Da Cheapo, however, a round power plug is used that seemed to charge the tablet to a full charge in little under a fortnight. The time to a full charge was unknown, repeated attempts to verify the “time to full charge” were unsuccessful.  Furthermore, the battery seemed to be self-draining and required the unit to be plugged in most of the time.

The Nexus 7 has a fantastic display. Significantly better than Apple’s iPad Mini. Also, the touch interface is spot on. Playing games, tapping email, or just general web surfing is easy with this screen. No matter how you hold it, the viewing angle is terrific and everything on the screen can be seen clearly. Pixels are practically invisible.

For $100 less, you could have a device that also has a great display – just buy a used Nexus 7. No amount of dollar savings could possibly justify using a screen such as the one on Da Cheapo. Here’s why. 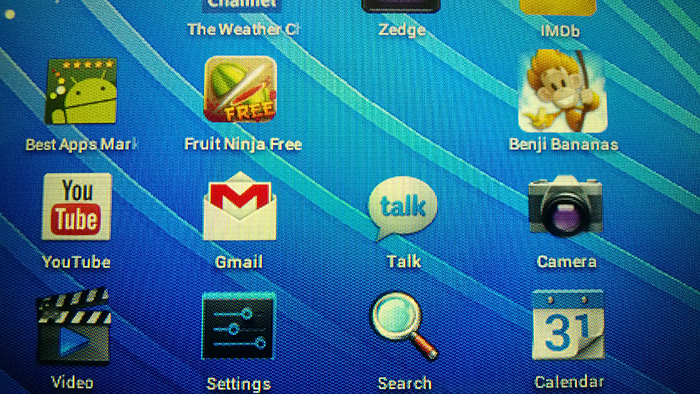 The Nexus 7 offers a very stable, solid and well-performing platform for Android-based gaming. The great display, responsive touch system and overall hardware configuration make gaming a pleasant experience. The directional sensor was slow at times to react to changes in orientation, and the screen at times feels small – especially in seek-and-find puzzles or on certain levels of Angry Birds or Bad Piggies. Temple Run, however, is a flawless fit and is enjoyable even for the smallest of hands.

Da Cheapo, on the other hand, was practically worthless as a gaming platform. The restrictive viewing angles make gaming an exercise in guessing what is outside the center of the screen. The poor touch interface is even more frustrating, as it just doesn’t always register what you tell it to do. The cheap component configuration leaves you with long, frequent load times. It is doubtful that even Pong would be adequately supported on this gaming platform.

The Nexus 7 decodes and plays most videos with relative ease. YouTube videos stream OK on this device, although the Wi-Fi connection does choke up on HD quality videos. Of course, watching an HD clip on a screen that’s only 7” on the bias is like driving a Lamborghini to go to the mailbox – it’s just overkill.

As expected, videos on Da Cheapo were not a delight. Pixels were a significant distraction. Display vignetting in the corners was another significant drawback. However, videos did stream smoothly from the device and the included MicroSD port made it quick and easy to transfer content directly to the tablet. Still, the visual experience is so jarring that movie lovers will be quite disappointed.

The Nexus 7 offers all the features you’d expect from a Google-label device. Google Chrome. Gesture-based typing. Gmail. All the tools you expect to have are there and they all work. The small screen size can be a challenge for reading large PowerPoint presentations, spreadsheets or for viewing website content. Most Nexus 7 users aren’t going to be using this as their go-to office tablet – full-size tablets are the device of choice here.

Da Cheapo also offers a solid general productivity platform, but with simple annoyances that will drive normal people quite crazy. The larger screen makes web browsing more viable than the Nexus 7, but the poor display and stock Android browser are a significant drawback. The browser is easily replaced by Firefox or Chrome (which won't run on it for some reason) from the app store, but there’s no getting around that horrible display. Overall, the tablet performs OK in this category and is good for the occasional, patient user.

If you want a cheap, no-frills office or school productivity tablet, Da Cheapo offers a cheap, no-frills option that will leave you trying to figure out why everyone else is in love with their tablets. It’s also not bad as a gift to that person who thinks they want a tablet but who really just is buying into the hype of the tablet craze.

The real question here is, “If you spend twice as much, do you get twice as much?” The answer: YES. And then some. That extra Franklin gives you a device with a state-of-the-art interface and a display that is so well honed and designed that you will forget the Nexus 7 is a “mini” tablet. Sure, you could spend several hundred dollars more for a full size premium tablet, but that’s a question for another day.

LG Gram for Business 17 (2020): Big Reasons to Like It
END_OF_DOCUMENT_TOKEN_TO_BE_REPLACED