System Builders and the Trade War—What’s the Real Impact? 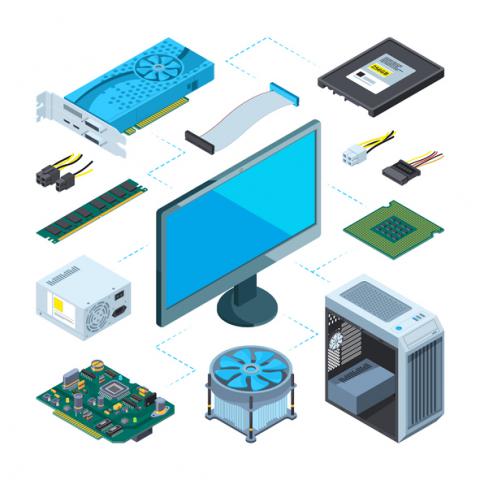 With continued uncertainty around U.S.–China tariffs, supply chains, pricing, and winning business are all potential areas of concern. By Jessica Meek
Tweet

THE U.S. AND CHINA have had a tricky few months. With billions of dollars’ worth of goods being subjected to tariffs on both sides of the table, the technology sector has been caught in the cross fire.

Components that make up even basic technologies, such as motherboards, keyboards, and mice, feature in the tariffs that the U.S. imposed on China last September. This means that those in the industry using such components—namely, system builders—have spent the last few months waiting to see how the trade war is going to pan out and exactly how it will affect their business.

The impact to date depends on whom you talk to, but the consensus is that it’s been manageable.

“When the tariff was originally introduced, it was tied to a fair number of IT products coming in from China, but for many major component suppliers and manufacturers, they already manage a second and third source to ensure a steady stream of supply,” notes Ryan Grant, vice president of components for Ingram Micro U.S. “As a result, most mainstream components suppliers and manufacturers have been able to shift as demand requires.”

What this means for system builders working with such suppliers or manufacturers is that they have been shielded, to a degree, from any impact to date.

For example, John Samborski, CEO of Ace Computers, notes that Ace has so far paid close to $100,000 in tariffs since September—a “manageable” figure that hasn’t detracted from the firm’s ability to compete.

Meanwhile, Jeff Olson, vice president and general manager at Nor-Tech, says the firm has seen some price increases, which are “nominal” and being offset by a drop in prices in other areas, such as memory and SSDs.

So far, relatively few builders have reconsidered their supplier relationships, but those that do—either now or if the tariffs change—may find it’s not simple. Olson points out that vendor lock-in, along with volatility across the board, make switching suppliers both difficult and potentially pointless.

“I don’t really see how we could, because we’re pretty much tied in … We have very long-established relationships with our current vendors, so I don’t know how we’re going to change,” Olson says. “There’s no way around it. We’re going to have to pay [any increased prices], because everybody’s going to be in the same boat.”

Whether this will change over the long term remains to be seen. While a general oversupply in the components market, along with supplier-sourcing shifts, is helping to offset the current tariffs, the uncertainty makes it difficult to have a clear idea of what lies ahead and how supplier relationships will be affected.

“There’s concern because, in many cases, pricing has already been negotiated and uncertainty remains around the tariffs,” Grant points out. Olson concurs: “That could change budgets and decrease order sizes and make people think twice about doing a project.”

A Clear Line of Sight

All this considered, it’s important for system builders to look ahead. While there’s “no crystal ball,” as Grant puts it, builders can help themselves by having a clear line of sight into the costs of doing business, where product is coming from, and what’s available to them in case shift happens, he notes.

Samborski advises his peers to “build future plans,” because if the situation with tariffs doesn’t improve or gets worse, they could be caught in a potentially much more painful crossfire.

“There’s not a lot that we can do, because it’s not the fact that we’re choosing to import from China,” he says. “The problem is that the products that we are looking to bring in, in many cases, are not made anywhere else.”