SYNNEX Seeks the Middle Way to Success with Resellers 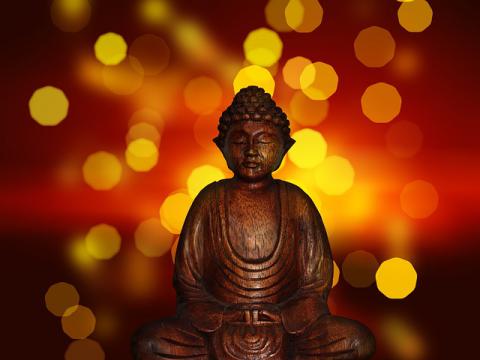 Deeper than the broadest distributors and broader than the most specialized, it’s building complete, industry-specific solutions and teaching partners how to sell them. By Rich Freeman
Tweet

As ChannelPro reported yesterday, cloud computing, mobility, and vertical industry solutions are “intertwined” priorities for SYNNEX Corp. both this year and next. Conversations with the Fremont, Calif.-based distributor’s executives at the fall 2016 meeting of its Varnex partner community, currently underway in Las Vegas, make clear that the way SYNNEX is pursuing those goals fits into a larger strategy that differentiates it from competitors like Tech Data Corp., of Clearwater, Fla., and Phoenix-based Avnet Inc.

Those two companies made waves in September when Avnet sold its technology solutions group to Tech Data for $2.6 billion. The transaction reflected a decision on Avnet’s part to focus exclusively on embedded and Internet of Things solutions going forward, and on Tech Data’s part to maximize the breadth of its hardware, software, and services offerings.

“Tech Data believes that the distributor that’s going to be kind of the benchmark for the next decade or so is going to truly be an end-to-end player,” said Tech Data CEO Robert Dutkowsky in an interview with ChannelPro.

SYNNEX, for its part, sees things a little differently.

“You can’t be everything to everybody. You just can’t,” said Bob Stegner, senior vice president of North American marketing for SYNNEX yesterday. Stegner called the Avnet acquisition a good move for Tech Data, but contrasted that company’s commitment to breadth with SYNNEX’s model for growth.

“We’d rather be focused and deep,” he said.

SYNNEX’s ongoing cloud and mobility initiatives reflect the way that philosophy plays out in practice. In both cases, SYNNEX is developing comprehensive solutions for specific scenarios in specific verticals rather than attacking big opportunities all at once.

In September, for example, the distributor announced the launch of a regulated industries initiative. Led by vice president of sales, public sector, and vertical markets Eddie Franklin, the new venture seeks to create and deliver solutions for organizations with steep compliance requirements.

In addition to healthcare providers and utility operators, those include public safety agencies like police departments. Instead of simply creating hardware, software, and service bundles for bodycam or real-time surveillance solutions, however, SYNNEX went deep, hiring ex-Greenville, S.C., chief of police Mike Gambrell to serve as a kind of liaison between law enforcement agencies on the one hand and SYNNEX IT experts on the other.

SYNNEX has been augmenting its public sector expertise in areas beyond technology, like applying for federal grants, as well. According to Stegner, solution selling requires that kind of end-to-end attention to detail these days.

“It’s become much more intricate,” he says. “I look at a solution nowadays, it’s from A to Z.”

That applies not just to SYNNEX itself but to its resellers as well, Stegner adds, and since few channel pros can afford to invest the time and energy necessary to deliver A-to-Z solutions in more than a few markets at once, SYNNEX encourages its partners—and especially those that serve SMBs—to go deep as well.

Jabra PanaCast Review - Get Your Huddle On
END_OF_DOCUMENT_TOKEN_TO_BE_REPLACED