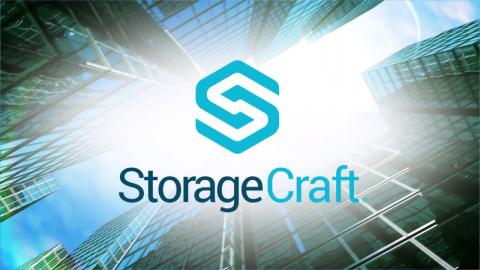 In the course of a busy two years, the BDR vendor has expanded a formerly single-tiered program to suit the needs of partners now selling end-to-end cloud and on-site offerings for desktops, servers, and virtual machines. By Rich Freeman
Tweet

BEEN BUSY LATELY? If so, you have that in common with StorageCraft Technology Corp. The Draper, Utah-based data protection vendor has had a lot going on the last couple of years.

Then, over the course of the next nine months, the company shipped its first cloud-to-cloud backup solution, introduced a file backup and storage analytics solution based on technology acquired from Madison, Wis.-based Gillware Data Recovery, and announced an agreement to preinstall its BDR software on scale-out high-availability storage appliances from Exablox Inc., of Sunnyvale, Calif. Three months later, StorageCraft bought Exablox outright.

According to Marvin Blough (pictured), StorageCraft’s vice president of worldwide sales and one of the earliest additions to Medeiros’s leadership team, the company came out of all those moves with a continuity portfolio equipped to safeguard data on desktops, servers, and virtual machines running both Windows and Linux, either on-site or in the cloud.

“We have a very robust offering,” he says. Thanks to sweeping changes introduced in October 2016, he adds, it has a similarly robust partner program as well.

“We’ve taken it from what was two years ago sort of a single-tiered program and expanded it much more into something that you would expect from a vendor that has grown to the size that we’ve grown to,” Blough says.

In addition to an entry-level authorized tier with minimal prerequisites, the new program includes silver, gold, and platinum levels. At present, about 600 of the roughly 11,000 partners in the revamped program have made it to one of those elite tiers. Sales performance is a contributing factor in moving up through the program, but how many certifications you earn through StorageCraft Academy, the company’s free online training service, weighs far more heavily.

“We’ve never really put the emphasis on revenue,” Blough says. “I’m more interested in making sure we’ve got capable, trained partners that know our products [and] know how to talk to customers about our products.” Partners who have that knowledge already can prove it, he notes, by skipping past the relevant training courses to the final exam. If they pass, they get certified immediately.

Certifications may matter to StorageCraft, but it’s margins that channel pros care about, so as partners sell more they also earn higher monthly commissions—on every license their customers have ever bought.

“Every time you add new products, you’re actually increasing the margins that you get on that very first server that you sold,” Blough observes.

Other components of StorageCraft’s retooled partner offering include a deal registration program, the company’s first, and access to market development funds. Both benefits are reserved for silver-, gold-, and platinum-level partners. As an extra reward for reaching the top of the pyramid, platinum partners also receive dedicated technical support and coverage under the “$100K Recovery Guarantee” StorageCraft announced last August, which provides compensation when end users with properly installed backup products can’t recover their data.

Coming in the future, according to Blough, are new options for partners who want to store backups on their own infrastructure, in addition to or instead of StorageCraft’s cloud and a customer’s on-premises hardware, as well as a series of easy-to-use demand-generation bundles carefully targeted at specific customer segments.

“What we’re trying to do is put together many more things that are kind of turnkey marketing campaigns,” Blough says.

StorageCraft plans to merge the currently separate Exablox partner program with its master program later this year as well. And then, who knows? Maybe it’ll slow down a little and take a well-earned pause for breath.

Jabra PanaCast Review - Get Your Huddle On
END_OF_DOCUMENT_TOKEN_TO_BE_REPLACED