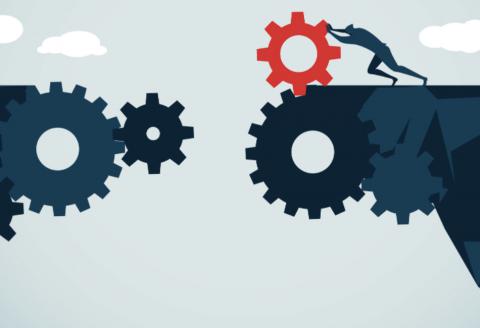 IT MATURITY is stuck in neutral. The fifth annual IT operations benchmark survey of small and midmarket enterprises from Kaseya shows no improvement in three years. 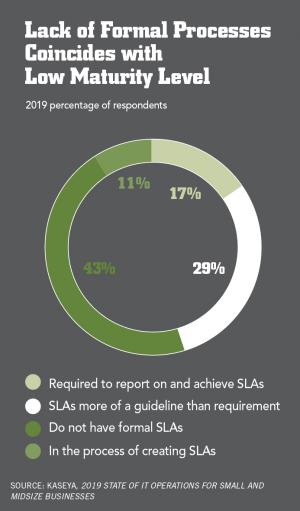 According to the 2019 State of IT Operations for Small and Midsize Businesses survey, based on input from more than 400 global respondents, one-third of IT teams have stayed consistently at the lowest level of IT operational maturity (Reactive). The next level up, Efficient (defined by a systematic approach to solving known issues and dealing with daily tasks), finds 21% of respondents this year. Meanwhile, 28% consider themselves Proactive, the third level, while only 4% say they are tracking and managing against service-level agreements (SLAs) or availability/performance expectations, the fourth level (Aligned). And just 11% are at the highest Strategic level with a role in driving business innovation.

Among IT priorities, security remains a top—and increasing—one over the last three years as well, cited by 57% of SMBs in 2019, up from 54% in 2018 and 40% in 2017. Yet even though security breaches can occur via unpatched software, only 42% of respondents automate or plan to automate patch management, and just 42% monitor third-party software and apply critical patches within 30 days.

Protection for SaaS data is lagging too, with just 29% of respondents using a third-party backup and disaster recovery solution.

Another incongruity between priority and action is the fact that while respondents say delivering higher service levels remains among the top priorities in 2019, the percentage of respondents without formal SLAs in place has increased over the past three years, from 35% in 2017 to 39% in 2018 to 43% this year. Of note, about 58% of respondents whose companies do not have formal SLAs are at the lowest IT operational maturity level.

These findings identify pain points that could represent opportunities for channel pros to help SMBs get out of neutral.