Smart Farming: Not Your Father’s Farms 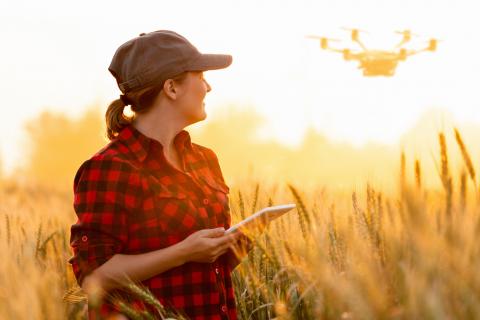 EVERYONE WHO EATS relies on farms, and now some farmers are looking to the Internet of Things to improve yields and profitability. If you think farms are low-tech because the main platform is dirt, be aware that these are not your father’s farms.

“A smart farm is any farm that utilizes technology to improve yields and conserve resources,” says Peter DeNagy, president and co-founder of Internet of Things America, an IoT solution provider with offices outside Dallas and Chicago. The 15-person firm began three years ago with the goal of bringing the IoT to rural America.

IoT America currently works with about 20 reseller partners, mostly rural broadband providers, wireless ISPs, and cell carriers. US Cellular is the firm’s largest partner. Building on available connectivity at the farms, IoT America sends data from a variety of sensors to the cloud where partners can pull information for their clients.

While rural entrepreneurs crave technology, they face hurdles of remoteness and a lack of network infrastructure. “Huge but slow-growing” is how DeNagy describes the current agriculture technology market. “Farmers are interested but fight constant connectivity issues,” he says. For instance, Wi-Fi will only reach about 200 meters from the barn or farmhouse, but some farmers may need 10,000 acres of coverage. IoT America often stands up a long-range wide-area network (LoRaWAN) gateway that can handle 20,000 sensors spread across 75,000 acres.

Another application of IoT for smart farming in use today is from SoilOptix, of western Ontario. Founded in early 2017, SoilOptix develops high-definition soil nutrient and texture maps by driving a truck-mounted gamma spectrometer (pictured right) over the field. The IoT enables SoilOptix to map soil conditions more accurately than ever before. 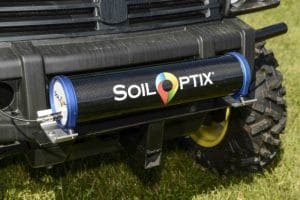 “We provide service providers like agronomists a continuous soil map with a definition of 3.5 meters rather than the 2.5-acre grids they used in the past,” says Ryan Eyre, data team lead and special project coordinator. This allows farmers to concentrate fertilizer where it’s needed the most. It slows phosphorous leaching as well, solving a pollution-compliance issue.

While this is just one example, DeNagy believes IoT-enabled farming is heading toward the hockey stick portion of the growth chart. Low-power WAN technologies, along with satellite vendors and other communication options, will fuel that expansion.

Achieving that hockey-stick growth spurt will take some effort, however. Even though the cost of sensors is dropping and connectivity options are increasing, reaching farmers remains tricky.

Getting Smart About MDUs
November 26th, 2022