Signage of the Times: Personalization on the Rise 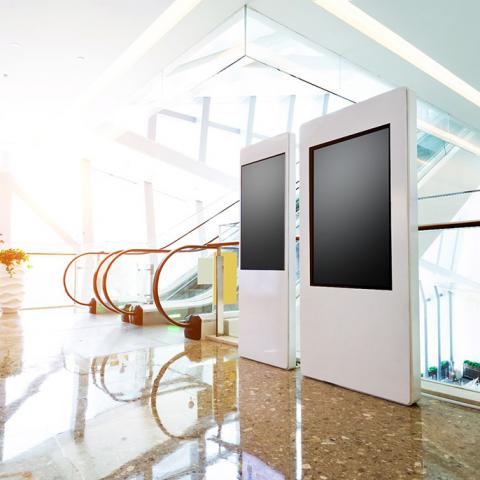 Enabling technologies like IoT and data capture are fueling individualized digital signage solutions, driving opportunity for channel pros. By Jennifer Oladipo
Tweet
Reader ROI:
BUSINESSES ARE EMBRACING data-driven personal signage as the next eye-catching phase of digital signage.
CUSTOMERS ARE NOW USED TO receiving suggestions based on their online browsing and purchase history.
DATA-COLLECTION TECHNOLOGIES, including the Internet of Things, are enabling the development of a variety of vertical use cases.
CHANNEL PROS will have to master technical and content challenges, as well as navigate the privacy waters.

WOULDN’T IT BE GREAT if people didn’t have to think so hard about what to buy, where to go, or what to do when they show up somewhere? Many of your potential customers think so, which is why they’re embracing personalization as the next eye-catching phase of digital signage.

They have good reason, according to Alan Brawn, principal at Brawn Consulting. Use of personalized and data-driven digital signage can significantly impact ROI, he says.

The range of implementation is wide, from display content based on trends found among shoppers’ receipts to individually targeted messages based on data captured via mobile phone apps. The display content might run on a loop that shifts based on the time of day, or it could change the moment a person comes near the display.

The hardware varies as well, and can include wall-mounted displays, kiosks, tablets, and smaller displays placed at strategic points where people might need information or be more susceptible to—ahem—suggestions.

“The holy grail of personalized signage is to replicate the shift consumers began to experience on the web a decade ago—with the attendant increase in profits,” says Bart DeCanne, CEO of Sophatar, a provider of personalized proximity-aware digital signage, analytics, and location-based services headquartered in San Jose, Calif. “Most people are now used to suggestions based on their online browsing and purchase history in nearly every digital interaction from shopping to using apps.”

Data and Other Drivers

The single most influential technology in the adoption and success of personalized signage is arguably data capture. Suggestions based on individual or aggregate data can be powerful influences on customer behavior, and are now almost expected in the e-commerce experience. For example, “consumers who bought this also bought that” suggestions can increase item views by 25 percent and increase the number of items purchased by a mouthwatering 35 percent, according to research from the University of Pennsylvania Wharton School of Business.

Individualization is also being boosted by beacon technology. By 2014, half of the top 100 retailers in the nation were already using beacon technology, according to business intelligence firm Accenture. Increasingly, on-site visitors who have downloaded a company’s app can receive tailored notifications on their devices based on their location. Beacons also work in reverse, gathering real-time information that can trigger a change in what individuals see on in-store displays.

LG Gram for Business 17 (2020): Big Reasons to Like It
END_OF_DOCUMENT_TOKEN_TO_BE_REPLACED