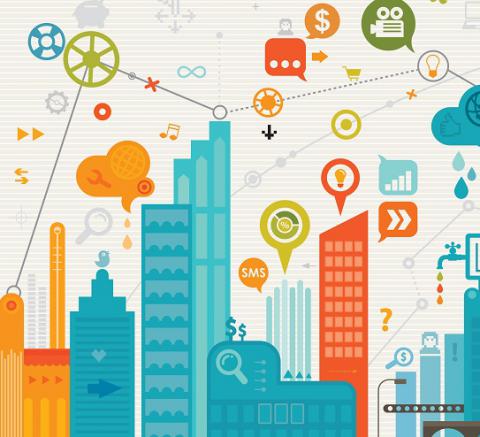 As chipmakers ramp up for the Internet of Things, system builders must follow suit to add value beyond installing interfaces and connecting devices. By Martin Sinderman
Tweet

The current wave of merger and acquisition (M&A) activity taking place in the semiconductor industry is resulting in a noticeable decrease in the number of players in this space, with many of the companies finding that buying or joining with another is the best way to ramp up revenues and, more strategically, prepare for the opportunities generated by growth of the Internet of Things (IoT).

And system builders—particularly those whose businesses revolve around developing and implementing systems for customers who crunch tons of data and need to produce something with it—also need to be thinking strategically about positioning themselves for the not-too-distant future.

Industry-wise, some of the more notable transactions announced and/or completed so far in 2015 include those by semiconductor giant Intel Corp., which agreed to purchase programmable chipmaker Altera Corp. for $17 billion; chip designer Avago Technologies Ltd., which agreed to buy communications chipmaker Broadcom Corp. for $37 billion; and manufacturer NXP Semiconductors, which announced that it was buying Freescale Semiconductor Ltd. for $12 billion.

These deals have come on the heels of strong activity in 2014. Midyear, Avago acquired semiconductor and software maker LSI Corp. for $6.6 billion in cash; a few months later, Avago sold LSI’s Axxia Networking business to Intel for $650 million. And late in the year, in a transaction still pending at press time, mobile chipmaker Qualcomm Inc. announced that it would acquire U.K.-based CSR plc, a Bluetooth and audio technology company, for $2.5 billion.

Giving investors the financial performance they are looking for in the face of the escalating costs of developing and delivering new technology is one of the major forces driving the wave of consolidation in this intensely competitive industry. Indeed, “For some of these companies, acquisition is the way to keep growth going, and those that are good at it are getting rewarded by investors,” says Jon Erensen, research director at Gartner Inc.

Erensen notes that, in addition to simply growing in size, semiconductor companies are using these deals as vehicles to expand the scope of their product offerings. “Semiconductor companies are increasingly moving toward reference design/turnkey solutions, rather than just staying in the business of selling one semiconductor to a system vendor, who in turn does the design of the system,” he says, adding that making this move is necessary to growing future revenues. “And if they can’t do this internally, they go outside,” he says.

Jim McGregor, founder and principal analyst of Tirias Research, agrees. “They are ramping up for the IoT era,” he says, “which is going to be about connecting anything and everything—people, places, machines, you name it.”

Where System Builders Fit
“These companies need to make sure they have the broadest IP portfolio that they can,” says McGregor, “to address the plethora of possible IoT applications and opportunities that are going to arise.”

And system builders must do the same thing. “System builders need to be working now at expanding their expertise to take advantage of what are going to be huge opportunities as a result of growth of the IoT,” McGregor says.

“And we’re not talking about simply installing wireless interfaces and connecting all these devices,” McGregor adds. There are going to be huge opportunities in finding ways in which large databases can be used in developing artificial, machine-level intelligence, he notes. “And also in data analytics, helping customers figure out what data they need to collect, how they are going to deal effectively with the massive amounts of data generated by this flood of new devices, how to monetize this data, and how to build business models based upon it.”

MARTIN SINDERMAN is a freelance writer based in Savannah, Ga.

Signage of the Times: Personalization on the Rise
April 9th, 2019

Be Afraid: An Expert Tour of the Security Threat Landscape
November 19th, 2019