Scaling Your Way to Profitability: Page 3 of 4 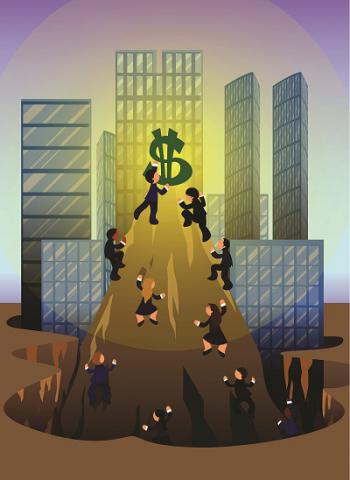 Tuning up your business operations and go-to-market strategy, investing in employees, and pricing on value are among the many things growing MSPs can do to achieve a healthier bottom line. By Colleen Frye
Tweet
Reader ROI:
THE CORE DIFFERENCE BETWEEN low-profit and high-profit MSPs is that high-profit MSPs are more operationally efficient.
SPECIALIZING AND PRICING ON VALUE are key to differentiating your MSP business and achieving higher margins.
FIND A COACH to help with management, leadership, and marketing skills.
INVEST TIME IN hiring the right people, giving them leadership training, and drafting career plans.
DEVELOP REPEATABLE PROCESSES and document them. Standardize your tools and services too.

Like Lambotte, Terry Rossi, co-founder and CIO of PICS ITech, an MSP in Mount Holly, N.J., says he’s a firm believer in outside coaches, and has implemented Harnish’s recommended best practices. “As you’re building a business you get confined to your own methods,” he says. “That can definitely hold you back if you let it.”

He also echoes Lambotte about the need to document processes. “From the beginning, we decided if didn’t happen in ConnectWise it didn’t happen, and that repeatable processes needed to be documented and audited by another peer and put through a test. We do that periodically,” he says.

Good documentation lets one employee pick up where another left off, Rossi adds, and also makes assigning the right person to technical tasks easier. “We try to delegate down to the lowest-cost resource; you can only do that with documentation,” he says.

Goel, for his part, provides thousands of pages of documentation to each customer in an effort to be transparent. “If we touched it, it was documented,” he says. “And if we do something for a client we haven’t done before we will create a document for that and share it with the client.”

According to Lambotte, choosing the right tools is as important as documentation. “A certain brand-name tool isn’t the answer, it’s having the tool you need,” he says.

Goel, meanwhile, advises against letting clients choose tools for you. “We don’t let [customers] bring a lot of their garbage with them,” Goel says, using a medical analogy to explain why: “If I can’t choose the brand of scalpel or bandage [the doctor] uses, why do I think my clients are qualified to tell me what brand of anti-virus I’m using?”

Avail yourself of outside coaches. “As you’re building a business you get confined to your own methods. That can definitely hold you back if you let it.”

Investing in vendor relationships is important as well, Goel continues. “Get to know your tools and vendors and make friends with them,” he says. “When we have a problem or need tech support, we don’t go to the back of the line.”

Tools, however, can only take you so far, Dippell cautions. “High performers use a PSA and so do low performers,” he notes. “It’s how [they] use it.” High performers use all the modules, integrate them, and take advantage of as much automation as possible. “Choice of vendors has zero to do with profit and growth,” Dippell says. “Far and away, the biggest influence is the management/operational maturity level.”

Selecting the right employees for the right roles is also key. Rossi, for example, looks for outside salespeople “motivated by the kill, always hunting, passionate about negotiating and closing business.” He hires more nurturing types, by contrast, to be his account managers, who get ingrained with a customer and become their virtual CIO.

In the past, Rossi adds, his firm hired candidates based mostly on instinct, and had some failures. Now the company utilizes a third-party consultant, puts candidates through practical testing and software demos, and evaluates the ability to follow processes. “[That] takes a lot of the subjectivity out of it,” Rossi says.

Lambotte uses the Topgrading process for hiring, which he says is good for weeding out candidates, and typically includes four to five people in the interview process. He seeks employees with an entrepreneurial mindset. “Everyone has to take ownership to work in a growing company, wear many different hats, and deal with adversity and change,” Lambotte says.

Once you have the right people on board, Goel advises, invest in getting them both technical and leadership training. “It’s one of the biggest secrets to our success,” he says, adding that he doesn’t let those investments stop him from firing people who fail to document their work. “We take that so seriously we have candidates write SOPs in our format as part of the interview process,” he says.

Harnish encourages MSPs to create a learning culture as well, noting that it can be as simple as setting up a monthly employee book club. “The only way to 10x the company is to 10x the knowledge of the people in the company,” he says.

Regular communications with staff is critical too. “We went for a long time without structured meetings, because I’m not a big fan,” Rossi says. Three years ago, though, he started a daily huddle and instituted a monthly meeting schedule, which has gotten everyone on the same page.

It’s important for employees to have a clear career path as well, says Rossi. At PICS ITech, every employee receives a one-page strategic plan defining the relationship between manager and employee, and setting expectations for what they will accomplish together. “Early on we lost a lot of people because we were a flat organization; we didn’t give anyone a career path,” he says. “Everyone wants more, and it’s not always money. Sometimes it’s a title or more responsibility.”