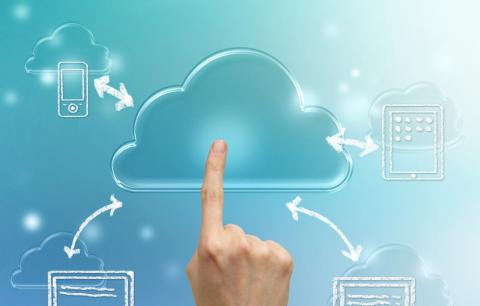 Hybrid cloud is gaining momentum, and even companies that are looking at private clouds will end up in the hybrid camp, says a leading analyst firm. By Cecilia Galvin
Tweet

It’s no surprise that hybrid cloud is gaining momentum in small businesses and is now becoming more entrenched in midmarket companies. After all, a hybrid cloud environment enables an organization to use both a private and a public cloud to mitigate the trade-offs of each environment.

In its 2014 SMB Cloud Computing Adoption Trends survey, SMB analyst firm Techaisle LLC validates that momentum and finds that hybrid cloud is now being used by 18 percent of cloud-using small businesses (1 to 99 employees). That number is expected to grow to 28 percent in 2015—an increase of 56 percent. In the midmarket (100 to 999 employees), hybrid cloud has been adopted by 32 percent of organizations, and that figure is expected to remain relatively flat at 31 percent into next year.

The survey, which polled 1,455 SMBs in the United States, also indicates that even SMBs that are currently using either public or private clouds will, out of necessity, migrate to hybrid clouds. For example, although the survey shows that 50 percent of small businesses planning new cloud initiatives in 2015 are interested in private cloud—essentially using their internal infrastructure to deliver on-demand services—Techaisle points out that “these firms will most likely hit the limit of their internal resources and bridge to [an] external cloud when they do so.”

In larger organizations, a similar move is expected to take place. Whereas 44 percent of midsize companies anticipate using public clouds for applications such as customer service, hosted VoIP, collaboration, marketing automation, and business intelligence in 2015, “these midmarket businesses are also looking to improve integration and manageability by connecting public cloud workloads with internal systems, creating an inevitable move to hybrid cloud,” notes the analyst firm.

The Vertical IoT
Q&A: What Business Leaders and Practitioners Need to Know to Implement AI Solutions

Jabra PanaCast Review - Get Your Huddle On
END_OF_DOCUMENT_TOKEN_TO_BE_REPLACED