On the Rise: Corporate Networks with At-Risk Devices 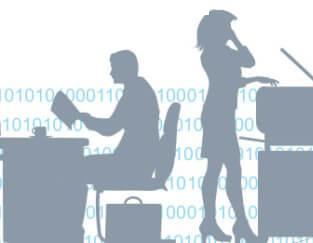 The data was collected by Chicago-based Softchoice, an IT solutions and managed services provider,

through its Cisco Contract TechCheck assessment service, which examines the state and health of an organization’s network infrastructure.

Further, 96 percent of businesses also have end-of-sale devices—no longer sold by the manufacturer, but still supported—operating on their networks. In addition, the analysis finds that 20 percent of all scanned network devices lack Cisco Smart Net Total Care support service.

On the up side, 23 percent of all devices Softchoice assessed are end-of-sale, which is down 28 percent from 2015.

The implications? An at-risk device can bring a network down or open it up to a security breach, according to Softchoice.

“We found the overall number of at-risk network devices is on the decline; however, the number of businesses who have them in their networks is actually on the rise,” says David Vigna, Cisco practice director at Softchoice, in a statement. “The misconception is that fewer at-risk devices make an organization less vulnerable, but it only takes one to bring down an entire network.”

Softchoice recommends that businesses analyze their current infrastructure to determine which devices are protected and which ones either need to be replaced or will need to be soon; assess the disaster recovery plan; and prepare for replacement devices.

The Importance of a Vulnerability Management Program
April 28th, 2022