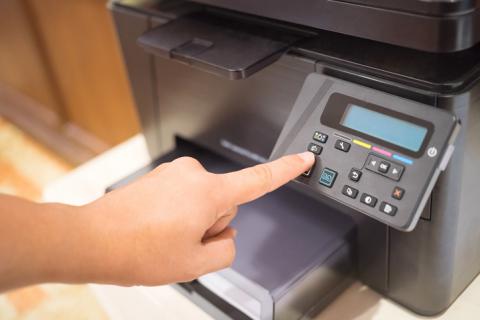 There is opportunity for channel pros thanks to hardware refreshes necessitated by end of support for WIndows 7, innovations in printer technology, and lower prices—factors that are incentivizing SMBs to invest. By Hank Hogan
Tweet

AS MARK TWAIN SAID of his supposed demise, reports of the death of print have been greatly exaggerated. Even though we are in the era of digital everything, worldwide printer sales in 2019 totaled about $40 billion and a trillion pages were printed, according to IDC. “This is still a massive market and printing is mission critical,” says Keith Kmetz, IDC program vice president for imaging, printing, and document solutions research.

While the market is mature, there is opportunity for channel pros, particularly with the end of support for Windows 7 in January forcing businesses to belatedly invest in across-the-board hardware upgrades. Partly as a result, D&H Distributing reports double-digit growth in printers for the SMB market.

Innovations in printer technology and lower prices are also incentivizing SMBs to invest. Tina Fisher, executive director of vendor management at D&H, points out that the latest printers are about 30% smaller than older models, so they take up much less space. Moreover, having one multifunction machine do printing, copying, scanning, and faxing saves money and improves efficiency. Plus, with the target entry price for a multifunction color laser system running about $299, that makes it an easier sell.

Fisher advises channel pros to think more broadly than just selling printers, however. “Is it worth the focus and the attention? I tell them if they’re just selling a printer, likely not.”

Instead, she says, channel pros should consider such selling points as networking and security features. The latest high-performance, secure laser printers and multifunction units reduce the possibility of unauthorized data access and protect against being a cyberattack entry point. Further, with these more capable systems, fewer machines are needed to support a staff, and printers can enable functionality previously found only at the enterprise level.

Such enhanced printer features can bring with them the need for training, which can boost channel partner revenues, Fisher notes. Plus, distributors like D&H are also offering device-as-a-service options, smoothing the move away from simply selling a printer to providing a service.

And don’t forget the aftermarket. SMBs will need ink, toner, paper, and other consumables. “There are better margins at play for everyone if you’re selling the options of supplies, even more so with warranty and service sales,” Fisher says.

Finally, the range of new printer products can make settling on the right one a challenge for SMBs, and Kmetz says they will be looking to their trusted IT solution provider for guidance on “the kind of configuration that you need based on the workflow that you do here.”

Gaming PCs and Monitors Will Benefit from Increased Time at Home and GPU Refresh in 2020, According to IDC
September 30th, 2020

When Security and Managed Services Meet
May 12th, 2020