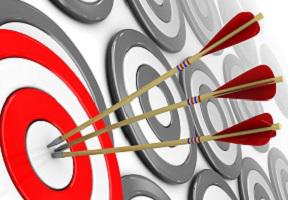 If you’re not getting traction with your current marketing efforts, it’s time to mix it up with new ideas that really get results.

The advent of social media gives small companies the means to extend their marketing efforts cost effectively. As Sanguily sees it, "Social media is a good tool to give people a peek behind the curtain of your company," in that it can further reinforce the human element message. Employee anniversaries and awards, company outings, and the like can all be showcased on a Facebook page, providing more opportunities to find common ground with prospects.

Yet Sanguily cautions against relying on a Facebook page or Twitter account as a primary strategy to generate leads—most clients won't make a decision to sign on with a service provider based on a social media account. He does find lead-generation value in Quora Digest, where channel partners can assert their authority on technical issues by answering questions.

Where Facebook in particular has merit as a lead-generation tool is as a platform to create and distribute very targeted ads, says Kendra Lee, president of the KLA Group, a sales consulting and training firm in Centennial, Colo. "With Facebook ads, you can import a list or choose the demographics from a list and create a Facebook ad to send to as few or as many prospects [as] you want," Lee says.

For social media neophytes, this can be an affordable way to experiment. Create an ad for five prospects to see how it works. If successful, create an ad for more prospects without the need to buy a list of prospects. "If you can convert people from an ad, they are net-new clients," Lee says.

While new and different marketing tactics can generate leads, Lee says there is still a need for traditional marketing practices, albeit with a twist. When sending emails, be brief—in the neighborhood of five sentences. And when prospects visit your website, meet you at a conference, or otherwise reach out to you, follow up with a phone call. As Lee notes, integrating calling into marketing efforts is highly effective, yet is often overlooked.

One high-impact marketing effort that has been successful for Giovanni Sanguily's clients is a private movie screening. "Hold a private screening of a popular movie a couple of days before it's released," says Sanguily, something that can be arranged at a local movie theater. With average costs ranging from $6,500 to $10,000, a screening is a significant investment, yet the ROI can be impressive. Invite 250 guests, include a pre-show presentation and a three-question survey, and Sanguily says it’s reasonable to expect 20 to 40 in-person appointments as a result. On the low end, a screening can generate six new clients—more than enough for the event to pay off.

Another targeted approach: Send top prospects a box with an Apple Watch, iPad, Surface, or other device. This so-called "gift of technology"—which Sanguily says should ideally be sent to prospects who are on the higher end of a target market—can result in a "guilt" appointment often in the neighborhood of 70 percent; close 30 percent of those appointments and the campaign pays for itself and then some.