Relationship-Building for the Device Age 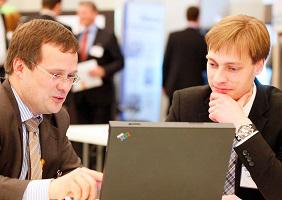 An entire generation of salespeople are neglecting face-to-face communication, affecting sales for channel firms and other businesses. Here’s how to turn that around. By Carolyn Heinze
Tweet

In the age of smart devices and social media, the expressions “pounding the pavement” and “working the phones” have lost relevancy. But that doesn’t mean that in a sales scenario these concepts no longer work. The problem is, if you’re a salesperson who has grown up with email, text messaging, and social media as your primary communications tools, how do you build meaningful—and profitable—relationships with clients who expect a phone call, or actual face time?

Keith Lubner, managing partner, Channel Consulting Corp. (C3), a management consulting firm in Philadelphia, has given this considerable thought and created Channel EQ, a spin-off company that, in large part, focuses on training salespeople to develop their people skills. These days, he says, those with the most buying power still tend to be Gen Xers or older—those who are accustomed to building relationships over the phone and in person, not via tweets, texts, and pings. “[They are] looking at it like, ‘Where’s the relationship? Where’s the one-on-one? Where’s the true essence of partnership?’ And it’s not there,” says Lubner.

Frank Visgatis, president and COO of CustomerCentric Selling, a sales training firm in Boston, urges companies to invest the time in old-fashioned sales skill development exercises, such as role playing. “Anything in life you want to get better at, you practice, and prospecting and selling is no different,” he says. These exercises can be done in a controlled environment with managers leading the sessions and, eventually, with potential (and unassuming) clients.

Lubner argues that in combining their technological acumen with solid interpersonal skills, the younger generations stand to be the best salespeople yet, as long as companies focus on helping them to text less and talk—and listen—more. In his training sessions, he takes salespeople back to the basics, by working with them to develop their own personalized sales “scripts” that move them through sales conversations.

He says that salespeople who make this effort will stand out: “In years past, everybody was trying to use the phone and it was really difficult, because you were one of––and I’m just going to throw out a number—a thousand calling,” he illustrates. “Now when you pick up the phone, you’re one of a hundred. Your chances of connecting are better.”