Quick Ways to Get into the IoT Game 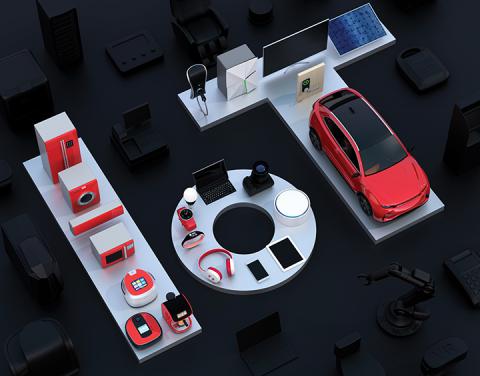 The Internet of Things cuts a wide swath across many applications and technologies. Newcomers should focus on one, simple solution to get their feet wet. By James E. Gaskin
Tweet
Reader ROI:
GET STARTED with IoT by leveraging your current skills and starting with a small, simple project.
WHILE IoT DEVICES are inexpensive, IoT projects can be lucrative.
THE REAL VALUE-ADD is showing customers how to capture or track their data.

CHANNEL PROS AND INTEGRATORS new to the Internet of Things (IoT) are looking for solutions that help their customers, are quick to design and implement, and drive new sources of revenue. By keeping it simple initially, you can acquire the skills and knowledge you’ll need to go upstream with more sophisticated offerings over time.

“Start in areas where you already have skills,” suggests Jeff Kaplan, managing director of THINKstrategies Inc., a strategic consulting company in Wellesley, Mass. “IoT is about connectivity, so leverage your networking expertise. Security is always an issue, so build on what you’ve learned in that area.”

Here are four quick solutions that will help you develop your IoT chops.

You can easily try a project with a variety of inexpensive, prepackaged IoT solutions (see “Get a Head Start with IoT Kits,” ChannelPro, Sept. 2017). Avnet Inc., based in Phoenix, Ariz., provides multiple IoT starter kits, including the TI EKK-LM4F232 starter kit, which comes with a temperature sensor, battery, USB ports, and software development kit. ActionPoint, a custom software company based in Limerick, Ireland, with offices in Torrance, Calif., and London, built a system from similar components to monitor paint-drying ovens for a metal finisher five years ago, before the term “IoT” was coined. Avnet also now owns Hackster.io, an open source IoT website full of tutorials and free device software.

Other companies offer similar resources. For example, Digi-Key Electronics, in Thief River Falls, Minn., offers a wide range of Arduino-Tiny computers that can be used as the foundation for many IoT devices. Carriers like AT&T offer kits that connect over their network.

IoT vendors, for their part, are rolling out intuitive kits as well. National Control Devices LLC, in Osceola, Mo., makes a one-step AC current monitor that uses 900 MHz wireless to connect from any monitored power cable to a PC. “Attach the device, download our software, and you can see when, for example, a pump is drawing more current because it’s overheating,” says Product Manager Anil Bhaskar, adding that it even connects to Microsoft Azure.

Upgrading analog security systems to smart systems is another opportunity, according to Gary Russell, former aerospace engineer and founder of LiveSmart Technologies, a residential automation company based in the Orange County, Calif., area. Russell uses residential security cameras to get his foot in the door, and later provides other lighting, monitoring, and control services.

“You can set [IoT-PREDICT] up in less than 15 minutes on anything with a motor. Then you start getting data from that machine.”

One customer in Placentia, Calif., for example, had 14 analog-style cameras and a broken DVR. “We replaced all 14 cameras with new Power over Ethernet models,” says Russell. Research was needed to find the best cameras for indoors and out, and to tie them together with motion detectors in some cases. “The customer wanted to see through the cameras in real time, when they were at home or away, and record everything for later viewing,” Russell explains. LiveSmart configured the camera and DVR software to run on mobile devices through the LiveSmart app Russell developed.

The homeowner was so pleased with the upgrade that he asked Russell to install an IoT smart switch so he could turn his tankless water heater on and off. That’s also controlled through the LiveSmart app.

Integrators need an understanding of IP networking to replace analog cameras with digital models. “We quickly learned power tools are needed for installations and modifications,” notes Russell, who resells equipment for IoT projects and charges a per-project fee. Currently, Russell doesn’t charge clients for monthly monitoring, but many home automation companies do.

For Tech Data, Dedication to Diversity Starts at the Top
June 22nd, 2021

The Road to Success Is Paved with Service
END_OF_DOCUMENT_TOKEN_TO_BE_REPLACED

Jabra PanaCast Review - Get Your Huddle On
END_OF_DOCUMENT_TOKEN_TO_BE_REPLACED