The Pros and Cons of Partnering with Apple 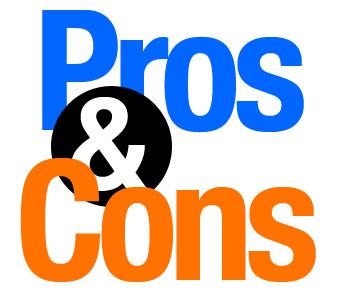 Though Apple is now actively recruiting partners to its Apple Consultants Network, working with the company is not without its drawbacks. By Megan Santosus
Tweet

Among end users, Apple Inc. has long enjoyed a reputation for innovation, ease of use, and elegant design. For channel partners, however, Apple has earned a markedly different reputation. For years, the Cupertino, Calif.-based computer provider largely eschewed the channel, opting instead to sell its hardware direct to its consumer-heavy customer base.

Lately, however, Apple has been paying more attention to the channel. Currently, the company is actively recruiting members to its Apple Consultants Network (ACN), a group of IT professionals who are certified in Apple technologies. Many IT pros are eagerly joining the ACN, even as Apple asserts practices that many ACN members find restrictive. “We joined the ACN in 2011 soon after starting the company,” says Ryan Goudy, co-founder of The Memphis Computer Shop in Collierville, Tenn. Among Goudy's customers in the SMB and educational markets, “the recognition of saying we are Apple consultants carries weight.”

Within the IT industry, Apple itself carries considerable weight. Consider some recent statistics: Apple had record sales of $46.3 billion for the first quarter of its fiscal year 2012 - up by more than 70 percent for the same period the year before. The number of iPhones and iPads sold during the quarter (more than 37 million and 15 million, respectively) represents a triple-digit increase over the same period of 2011. And in early April, investment bank Piper Jaffray predicted that Apple will reach a market capitalization of $1 trillion by 2014.

With numbers like these, it's clear that Apple is no longer the hardware of choice predominantly for the creative and academic sets. Indeed, Goudy says that much of his company's work implementing Apple solutions is driven by CEOs who use Apple products at home and want the technology incorporated into their companies. “Among SMBs, more and more businesses are bringing Apples in these days compared to three or four years ago,” Goudy says.

John Beckham, co-founder along with Goudy, says Apple's legendary ease of use has made the adoption by business users a logical progression. “Once businesspeople get a Mac at home, they want to carry it over to the workplace as well, and Apple is directing its channel toward supporting that,” he says. Garnering particular emphasis from Apple is anything to do with mobile technology such as iPads and iPhones. “If it's built with iOS, Apple is pushing it,” Goudy says.

Recently, Apple invited members of the HTG Peer Groups, a consortium of IT solution providers, to receive training in mobile technologies and become members of the ACN. Robert Lindley, president of Innovative Systems Inc., an IT consulting firm and longtime Microsoft partner in Little Rock, Ark., says his company welcomed the opportunity with Apple.

Since the initial training through HTG, Lindley has solidified his partnership with Apple; his company now works closely with a newly opened Apple retail store, and he is impressed with the attention the channel is getting from Francois Daumard, Apple's iPhone and iPad channel development manager. Daumard is “helping us grow our mobility solution by connecting us with other partners to share best practices,” he says.

Staying Secure Amid the Uncertainty
SMB Books moving to a new site: Get your downloads now!
END_OF_DOCUMENT_TOKEN_TO_BE_REPLACED