Proof of Concept: Your Dime or Theirs? 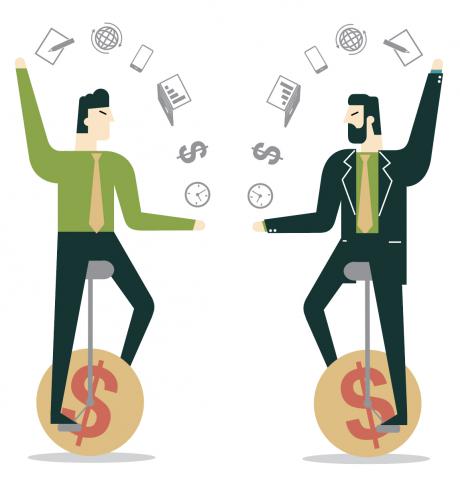 Billing for pilot projects pays for R&D and enables MSPs to develop a more accurate proposal for the work involved with a full deployment. By Colleen Frye
Tweet

WHEN CUSTOMERS WANT something new and shiny, most managed service providers will say “sure” and then scramble to figure it out. The problem is that MSPs are frequently piloting solutions or projects on their dime and their clients’ time, according to Erick Simpson, MSP coach and chief strategist at ErickSimpson.com. Instead, Simpson recommends billing for proof-of-concept projects and partnering with customers in the R&D effort.

“Clients come to us all the time and ask us to implement something that we’ve never done before,” Simpson says. “We’re piloting it at our expense and we’re figuring it out as we go. If we do it wrong, that’s going to erode client confidence and maybe destroy a great relationship.” He adds, “The worst thing that we can do is tell a client that we’re experts at something and they find out that we don’t know what we’re doing.”

Simpson suggests offering to conduct a proof of concept and explaining that you will bill them for the cost of research, architecting the solution, and deploying it to a small subset of users to “work out the bugs and make sure that it integrates with everything that you’re doing, and it does everything you need it to do.”

Together with your customer, he adds, select a user group and appoint a leader who will be your main point of contact for all feedback, issues, and bugs. Once you’re both satisfied with the proof of concept, and you better understand the work involved, you’ll be able to create a more accurate proposal on the cost of deploying it to the entire organization.

That way, a pilot is more of a partnership with your customer, Simpson says. “We’re going to pilot it together. We’re going to leverage each other’s resources.” If it turns out that the new solution doesn’t meet the customer’s needs, neither of you is on the hook for a full deployment. “This builds a strong relationship with the client,” Simpson says, because you’re working together as a team to achieve a business objective.

For Tekie Geek, an MSP in Staten Island, N.Y., proofs of concept are generally billed hourly, says owner and head geek Mike Bloomfield. For example, Bloomfield had a client that wanted to try out different accounting solutions before choosing one to replace its current system. “We did the initial research to give them feedback on what we saw out there. We helped to set up the test environments. We helped them walk their accountant through the initial setup. We helped them set all the trials up.” And it billed the client for all of those efforts.

On the flip side, Bloomfield has piloted solutions for free that he wants to add to Tekie Geek’s managed services stack. For instance, after installing and testing an endpoint security product in-house and getting staff up to speed, Bloomfield approached two long-time clients he thought would benefit from the solution. In return for agreeing to trial the product, both clients received the solution in their managed service bundle at no additional cost.

A successful proof of concept, Simpson notes, benefits more than just the one customer involved. “Once you’ve perfected it, you can roll it into your service offering for other clients,” he says.

Bloomfield, for example, once did a proof of concept for a customer involving a construction estimating solution that he later offered to his other construction customers. His pitch: “Hey, I’ve already [done a] proof of concept [of] this for this client. He loves it, he’s been using it for three months. It’s made his estimating easier. I think we should try it here.”

And when customers agree to a billable proof of concept, you come out ahead as well. “You’re actually getting paid to R&D that service or solution instead of doing it on your own,” Simpson says.