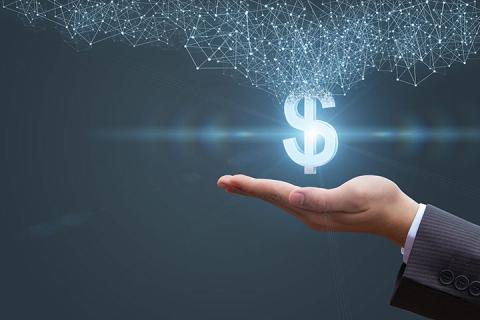 Here’s some advice from experts on maximizing the efficiency—and hence profitability—of print and managed print service offerings. By Colleen Frye
Tweet
Reader ROI:
OPERATIONAL EFFICIENCY is key to maximizing managed print margins.
TRAIN TECHS in your standard operating procedures, and give them the proper resources to boost service calls per technician.
UTILIZE NON-OEM SUPPLIES, when possible, to lower your acquisition costs.
ADD VALUE, and profits, with services that help customers better manage their business.

SO YOU’VE STARTED OFFERING print and managed print services (MPS). Wise plan. The global MPS market was worth $26.72 billion in 2016 and will reach $49.7 billion by 2025, according to Grand View Research Inc.

Now the only question is whether you’re maximizing profits on print. Leaders achieve median gross margins of 28 percent and the highest performers get up to 56 percent, according to Ed Crowley, CEO of advanced analytics firm Virtulytix Inc., in Lexington, Ky. Crowley, formerly CEO of Photizo Group, which was acquired by Virtulytix, has been benchmarking managed print providers since 2012.

Even for the best performers, though, margins vary widely because business models vary. “Some resellers have a very complete model for delivery—they’ve got service, sales, logistics, and they’re efficient and operate well,” Crowley says. Others who often do just as well or better, however, focus on what they’re good at and outsource the rest. “There’s not one answer for everybody,” Crowley notes.

There are a few general principles, though, that Crowley and others say can boost your print profits.

Keeping overhead in check is one of the biggest keys to higher margins, says Crowley. That includes being “hyper efficient” in service delivery by utilizing tools like predictive analytics to anticipate when a device will need to be serviced and to optimize service call routing. “Service is one of the single biggest cost items,” Crowley observes.

You can further reduce service costs by ensuring that your techs are properly trained in your standard operating procedures and have the know-how and equipment to handle the call they’re being sent to, according to Jeff Bendix, president and owner of Bendix Imaging Inc., an MPS/MSP in Watertown, S.D. Otherwise “a service call that can take a half hour can turn into an hour and a half, or multiple trips,” he says.

While Bendix acknowledges that some issues can’t be fixed on the first call, it shouldn’t take your employees two hours to figure that out. “Get in, get out,” he says. “[It’s about] time management and technical training.” Crowley adds that your first-call resolution rate should be 90 percent or better.

Bendix also recommends using high-yield/jumbo-yield ink cartridges and tracking their consumption to be sure the customer isn’t replacing them too soon, which can lead to costly extra service calls.

One way that Carolina Business Equipment (CBE), a managed print and IT services provider in Columbia, S.C., increases efficiency is by taking a rip-and-replace approach to client printers and copiers. According to President and CEO John Eckstrom, the company used to support any system its clients used, regardless of make or model.

Keeping overhead in check is one of the biggest keys to higher margins.—ED CROWLEY, CEO, VIRTULYTIX INC.

“It was a challenge to find out how much someone was spending when they have a whole array of products we’re trying to maintain,” Eckstrom recalls. Now rather than take over “a hodgepodge of devices” and vendor relationships when onboarding a new customer, CBE installs equipment it has standardized on. Margins are thin when dealing with a third party, Eckstrom notes, and standardization allows CBE to develop expertise that yields money-saving efficiency benefits.

Not surprisingly, some customers balk at tearing out all their existing assets. Eckstrom has a plan for dealing with such objections, though. “If the equipment is good we’ll buy it from you and give it away,” he says.

Standardization can also increase your devices managed per technician, which is another good technique for boosting efficiency. Crowley says the median figure for providers in general is 340, while high performers can near 900. “Think about the efficiency,” he says. “A lot of that can be driven by [limiting] the mix of devices.”