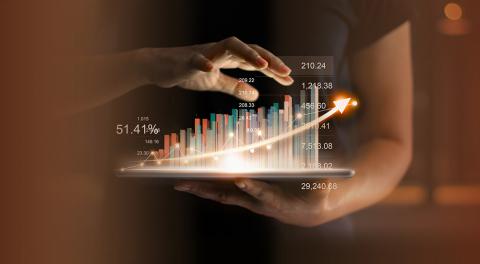 Becoming a vertical provider is not for the faint of heart, but the rewards include higher margins and profits plus stickier customers. By Colleen Frye
Tweet
Reader ROI:
VERTICAL SPECIALTIES differentiate MSPs from their generalist competitors and offer better margins and revenue opportunities.
PREPARE TO DEVOTE time and money to learning an industry, establishing your firm as an expert, and building a customer base.
IN LARGER MARKETS hone in on one vertical, and choose two or three max in smaller markets or expand your geographical reach.

IT SOLUTION PROVIDERS are a dime a dozen. Solution providers with specialized skills in vertical industries are a rarer breed who therefore charge more, make more, and retain customers more easily.

These same specialists also tend to have a higher operational maturity level (OML), according to Paul Dippell, founder and CEO of Service Leadership, which benchmarks solution provider financial performance, operational maturity, and value creation. On Service Leadership’s OML scale of 1 to 5, providers ranked at 3.8 and above “generally are the ones that have the high profit, high growth, and do a good job of differentiating,” Dippell says.

“As it turns out, most of the high operational maturity level people have also realized that they should focus on one vertical market, not any one in particular, but just pick one,” Dippell continues. Those in smaller cities with fewer potential customers, he adds, tend to be “verticalish,” focusing on two to three industries.

Specializing allows you to charge more, says C.J. Ezell, CEO and founder of PointClear Networks in Fairhope, Ala., which serves dental practices and related specialists in coastal Mississippi and Alabama, plus the Florida Panhandle. “We’re able to charge higher hourly rates,” he explains. “We’re able to charge more for equipment, so our margins are definitely healthier overall than our fellow MSPs who are more generalists.”

The caveat? “You have to demonstrate that expertise before you stop getting pushed back on charging more,” says Ezell, who adds that once prospects recognize you as an expert in the industry, resistance to higher pricing lessens.

Even if you lose a deal initially over price, though, expertise often wins out in the end, according to Thomas Douglas, president and CEO of JMARK Business Solutions, an IT provider that specializes in hospitality, healthcare, and financial services, with offices in Missouri, Oklahoma, and Arkansas. It’s not uncommon that after a year or two of working with a cheaper competitor who’s a generalist, “that client comes circling back and it’s like, ‘Oh, we’ve got to pay for the real deal.’”

Having a vertical focus can also be a competitive differentiator, Douglas says. If an MSP generalist doesn’t “know the vendor, the requirements or the compliance or the complexities of what it means to be a doctor, or whatever it may be, then they’re definitely at a disadvantage.”