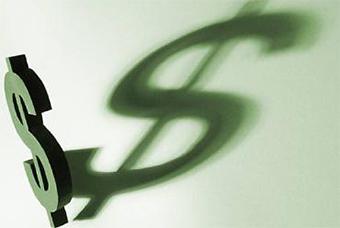 Setting prices for managed services needn't be an ordeal, experts say, if you follow this advice. By Rich Freeman
Tweet

Most newcomers to managed services struggle with price-setting. Adam Steinhoff found it easy.

"It was probably a little too easy," chuckles Steinhoff, who is president and CEO of DedicatedIT, a managed services provider in West Palm Beach, Fla. He just arbitrarily chose figures that sounded low enough to attract customers but high enough to earn a profit. "Unfortunately, the first part was true [but] the second part was not," he says.

Locked into money-losing contracts with his first wave of clients and eager to stop the bleeding, Steinhoff reached out for advice to peers, customers, and anyone else he could think of who had experience with recurring fees. He learned how to gauge his costs more accurately by including expenses like sales commissions that he hadn't considered before. He replaced his one-size-fits-all pricing scheme with a tiered rate structure. And every three to six months, he refined it.

It took three years, but Steinhoff ultimately arrived at the right set of numbers. "I think we've finally got it nailed down," he says. "Our profitability per contract is very good."

Steinhoff's story is anything but unique. In fact, most managed service providers (MSPs) tell similar tales of anxious trial and expensive error. But setting prices for managed services needn't involve hair-pulling or guesswork if you know how to go about it.

Though managed service pricing strategies vary widely, most fall into one of two broad categories. Call them the bottom-up and top-down approaches. Bottom-up approaches focus on rigorous analysis of what services cost to deliver. Top-down approaches emphasize a more intuitive assessment of what customers are willing to pay.

Count David Schafran among the bottom-up guys. Schafran is president of Transformation Strategies Inc., a managed services consulting firm headquartered in New York. "Pricing should be based on actual facts," he says. Start by measuring your labor costs, he advises, including salary and benefits. Then factor in overhead expenses such as marketing, rent, and license fees for your monitoring software. MSPs often neglect that part and end up undercharging, Schafran observes.

Be sure to think long term too, counsels Len DiCostanzo, senior vice president of professional services and business optimization at Autotask Corp., the East Greenbush, N.Y.-based maker of professional services automation software. Will you be hiring more technicians in a few months? Will you be moving to a bigger office? If so, build that into your cost estimates now, so you don't dilute margins later. "Managed service pricing is a lot of forecasting," DiCostanzo says.

Once you know your labor costs, DiCostanzo continues, make a list of your services and break them down into individual tasks, such as setting up a desktop or patching a server. Then figure out how much time you spend on average completing each task. Take an hourly share of your labor expenses, multiply it by the hours you devote to each task, and you've calculated your costs.

Now all you have to do is decide how much profit you want to make. "When you understand your service costs, you can plan your profits," DiCostanzo says. It's pretty much as easy as choosing how much margin you want to collect and tacking it on top of your expenses.

Top-down pricing models generally involve less number crunching than bottom-up schemes, because they focus more on what services are worth than on what they cost. That's something no spreadsheet can tell you. "You want to know what your costs are so there's a floor there," says Matt Makowicz, principal at Ambition Consulting LLC, a Somerset, N.J.-based sales and management advisory firm for SMB partners. "The ceiling is more toward what the market will bear."

Figuring that out is more art than science. If you're like most MSPs, though, the first number you choose will probably be too low. "It sounds silly, but MSPs need to have confidence in themselves," says Charles Weaver, president of the MSPAlliance, a standards and accreditation organization for the managed services industry based in Chico, Calif.

MSPs tend to undervalue the work they do, Weaver argues. In fact, they're skilled professionals and deserve to be paid accordingly. After all, without reliable email and a smoothly functioning network, most companies would quickly go out of business. "Lawyers, accountants, [and] engineers don't struggle with what to set their prices at," Weaver notes. Neither should managed service providers.

Of course, you can't set prices entirely in a vacuum. To ensure that your rates aren't wildly out of step with market norms, compare them to what other MSPs in your area are charging. National and regional MSPs sometimes post their rates online, and you can also learn a lot by participating in peer groups and membership associations, or simply by asking prospective customers about competing proposals.

Whatever you do, though, steer clear of bidding wars. Once you know what you're worth, it should be nonnegotiable, even if clients tell you other firms are accepting less. "A good MSP will say, 'We're not going to engage in a price discount discussion,'" Weaver advises. And don't let your sales staff bully you into price cuts either, adds Schafran. If they're having trouble closing deals, the real issue probably isn't that your fees are too high. It's that they're doing a poor job of articulating your value proposition.

On the other hand, don't set your prices in stone, Schafran continues. Wise MSPs reevaluate their rates three to four months after first setting them, and roughly every six months thereafter. Pricing managed services is more an ongoing process than a one-time event.

That's certainly how Steinhoff treats it. "We're always looking at our data," he says. These days, however, everything he sees tells him his rates are about right. Profits are good, customers are renewing, and new clients are signing on all the time. After years of effort, Steinhoff has finally found what everyone in managed services seeks: a pricing structure that really works. With a little patience and lot of perseverance, any MSP can do the same.

Getting to the Next Level: The Pyramid of Purpose and Value
July 6th, 2021

LG Gram for Business 17 (2020): Big Reasons to Like It
END_OF_DOCUMENT_TOKEN_TO_BE_REPLACED