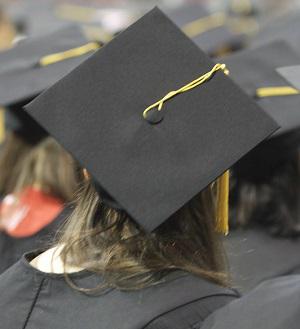 What you need to know to break into the education vertical. By Martin Sinderman
Tweet

System builders who want to sell to schools will find that education is a growing market that is going through a period of change. One thing that has not changed, however, is that schools spend a lot of money on tech. The latest (2015) numbers for IT spending as a whole are $4.7 billion in the K–12 arena, and $6.6 billion in the higher-education realm, most of which goes to hardware and applications, according to Kelly J. Calhoun, Ed.D., research director, education, for research giant Gartner Inc.

Those are numbers that have been growing for the past several years, thanks to the continuing move, particularly in the K–12 segment, toward utilizing digital resources to support and/or supplant textbooks. “There is more demand for digital learning resources,” Calhoun notes, “with growing numbers of school districts moving money over from print to the digital side.”

As a result, schools increasingly need devices for their students that enable them to access these digital resources. And they have historically looked for lower-cost devices to get the job done. “School districts have to make a business case for moving millions of dollars now spent on print curriculum/traditional textbook options into the digital side, and they can’t make that case by buying $2,000 desktops,” says Calhoun.

Indeed, pricing considerations have led a lot of schools to eschew desktops in favor of Chromebooks and other low-cost devices over the past three years or so, but that trend appears to be changing, according to John Samborski, CEO of Ace Computers, a system builder and VAR based in Elk Grove Village, Ill. “They [the schools] have been trying to go on the cheap with $200 Chromebooks they hope will do the work of regular desktop machines. But they’re finding they aren’t getting the savings they thought they would,” Samborski explains.

Because Chromebooks don’t have the capability to do a lot of processing on their own, they are almost entirely dependent upon a steady network connection, and utilize a lot of network resources in the process, Samborski notes. So when a school opts for Chromebooks, “It often has to do a massive wireless infrastructure upgrade immediately after deployment,” he says.

Also, unlike desktops, Chromebooks are not commonly used in the business world, says Samborski, “and schools are realizing that they are not providing a real-world education to students by teaching them on machines that no one in the business world works with.” The result has been an increase in demand for desktops, Samborski says, “as schools look for something that gives them better performance and economy over the long term.”

One of the best ways smaller system builders can enter the K–12 market is by teaming up with a larger company such as Ace; Morrisville, N.C.-based Lenovo; or Equus Computer Systems, in Edina, Minn., says Samborski.

Device Differences in Higher Ed
The device dynamics of the higher-education segment are different than those in K–12, according to Calhoun. Colleges and universities do buy laptops, desktops, and other devices for various uses, but typically not for students, who generally bring their own devices with them to school “and need a very device-agnostic environment.”

Calhoun says that system builders who want to crack the education market in general, and the K–12 segment in particular, need to familiarize themselves with school district buying cycles and procurement procedures, which differ greatly from private-sector entities. For example, the fiscal year for most school systems starts July 1, she says, “so you often see them closing out budgets in March, and then gearing up to make purchasing decisions for the next year in April and May.”

Meanwhile, Calhoun adds, “The vendors that are really successful in education are the ones that are good at relationship-building.” For K–12 buyers, “There is a comfort level that comes from working with vendors that know them, their requirements, and the demands of the environment they work with,” she notes.

Finally, remember that references count. “Very often in education,” she says, “the first question you will be asked is, ‘Who else are you working with?’”

Faster Pricing and a New Portal Are Coming to Lenovo Partners This Year
January 6th, 2020

Keeping Tabs on Employees at Home | Are Certs Worth it? | Easy O365 Migration | and more
END_OF_DOCUMENT_TOKEN_TO_BE_REPLACED