Currently in its alpha phase and developed by Introversion Software, Prison Architect is a fantastic and fresh game that will put a smile on any city builder's face (especially those disappointed by the poor launch of Sim City).

The premise is the same as all games in the genre, you start with land, money, and a directive to build. In this case, you're building a prison and choosing key things, like whether its maximum or minimum security, have recreational or death penalty facilitates, etc.

There are three different map sizes you can choose: small, medium, and large. So far in my experience, the small map is too small; you don't have room to expand your prison and your buildings have to be tiny in order to fit all the necessary ones on the map. This isn't such a big issue as you can choose bigger map sizes, but this map size should generally be used for experienced players who want to test their prison building skills. 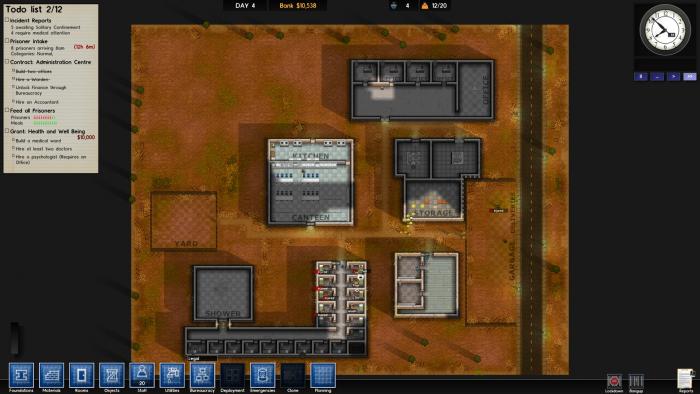 Prison Architect has a range of buildings that the player can construct, with more sure to be on the way in coming updates. You can currently build solitary confinement, workshops, laundry rooms, death rooms, visiting centres, and many more. It appears that the developers are taking ideas from real life prisons, adding buildings that really separate it apart from anything else in the same market. The game also boasts a range of employees that enhance the prison experience, from Wall-E like builders to gardeners and prison laborers. By needing employees as well as prisoners, the user is unable to concentrate solely on the prison population – enhancing the Prison Architect experience as users are forced to take into account both sides of the equation. 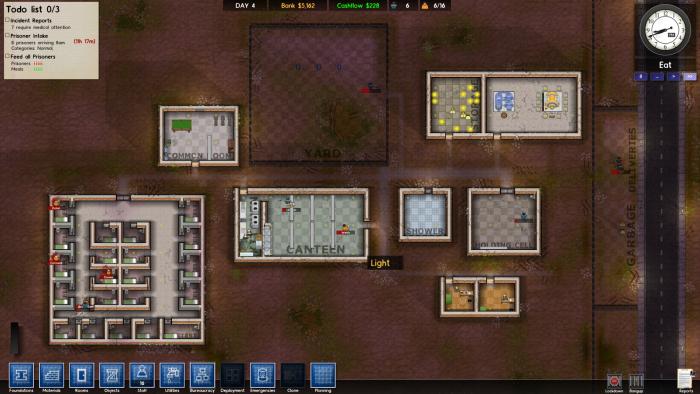 Not only are employees, prisoners, and buildings vital to constructing a successful prison, the game adds a fourth dimension by making the player handle the prison's power and water infrastructure appropriate cables or pipes – after all the toilets and showers aren't going to work without water. 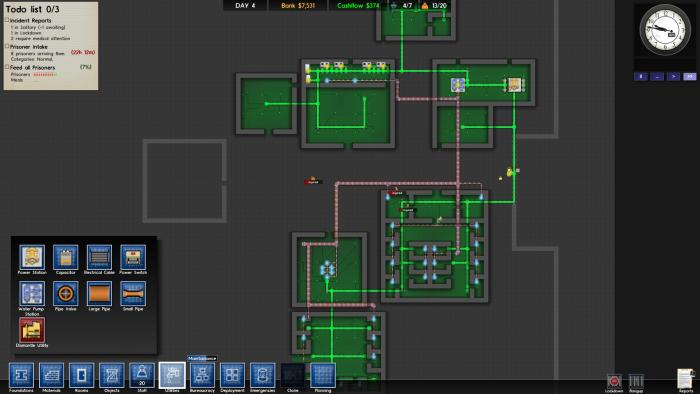 The nature of the prisoners themselves is somewhat complicated; I have yet strike the fine balance between happy prisoners and maximum security. It seems a day can't pass in my prison without some form of a fight or even a riot breaking out, often resulting in many prisoners, and sometimes guards, dead. This can be a frustrating thing considering guards have and upfront cost in addition to the wages that must be paid at the start of every new day. 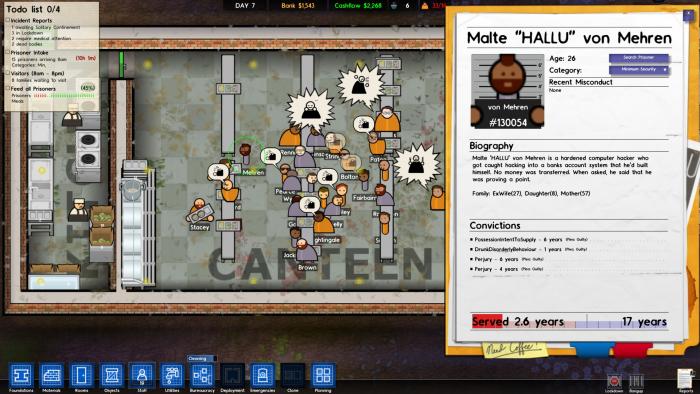 The game is still being actively developed and is still only in Alpha, but it can be frustrating that some features or errors occur when updates are released but do not seem to work with existing prisons. Nevertheless, that's he price we pay to get such early access to the game. In short, Prison Architect is a much-welcome breath of fresh air in the city-building genre, and is definitely something we'll be actively playing and revisting final version is released.

Jabra PanaCast Review - Get Your Huddle On
END_OF_DOCUMENT_TOKEN_TO_BE_REPLACED