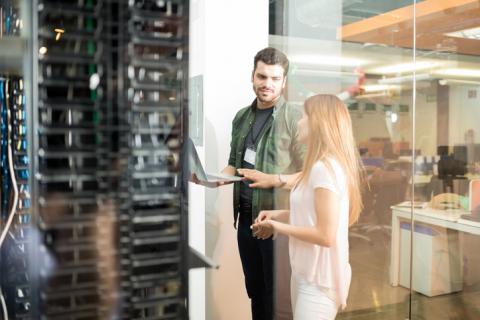 Spiceworks research finds that many businesses will be turning to VARs and MSPs for their on-premise servers. By Colleen Frye
Tweet

THEY MAY BE DOWN, but they’re far from out! Workplace servers remain vital despite the embrace of the cloud, and businesses of all sizes will be laying down some Benjamins for them over the next few years, according to new research from IT marketplace Spiceworks. The 2019 State of Servers report also finds that many businesses will be turning to VARs and MSPs for their on-premise servers.

Breaking it down by company size, 30 percent of small businesses plan to buy servers within the next 12 months, versus 34 percent of midsize companies and 68 percent of enterprises. And in related research from Spiceworks, servers account for 12 percent of businesses’ hardware budgets for 2019 across all company sizes.

Among respondents who plan to purchase servers, company growth (50 percent) is the top driver, followed by performance degradation (38 percent), maintenance costs of aging hardware (38 percent), and reliability issues (34 percent). In addition, server OS end of life, such as the January 2020 Windows Server 2008 end of service date, is the catalyst for nearly one-third of organizations.

Where will they be turning to? Overall, respondents will be tapping their VARs (38 percent), online resellers (26), and MSPs (18 percent); the remaining 48 percent plan to buy servers direct through the manufacturer. Still, that’s a lot of Benjamins to go around.