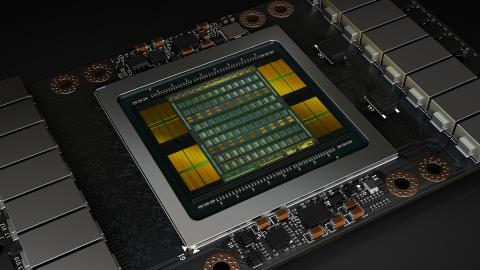 Fueled by the latest high-end GPUs, personal supercomputers are a natural fit for deep learning, big data, and high-performance computing, and innovative system builders will tap into this new arena. By James E. Gaskin
Tweet

WHEN A PC CAN’T DO THE JOB, it’s time to move up to a workstation. But when that isn’t enough, what comes next?

Perhaps a “personal supercomputer” filled with NVIDIA Tesla graphics processing units. That’s the solution NVIDIA has long proposed anyway. The Santa Clara, Calif.-based chipmaker continues to lead the market in a product category it invented nearly a decade ago.

Who needs a personal supercomputer? “It’s obvious to the person doing the work or research that they need to move up from a workstation,” says Eliot Eshelman, vice president of strategic accounts and high-performance computing (HPC) initiatives for system builder Microway Inc., of Plymouth, Mass. “They know something faster is required to achieve their desired outcome.”

Speed is precisely what today’s GPUs deliver. According to its manufacturer, for example, the NVIDIA Tesla V100 graphic accelerator packs the processing power of 100 CPUs. Indeed, to call chips like that “graphics” units is something of a misnomer. The latest high-end GPUs are designed to accelerate deep learning, big data, and HPC workloads. And, oh yes, graphics.

You can use off-the shelf components to meet those requirements, observes Eshelman, but not just any combination of parts from your favorite distributor will do. “There’s still a shocking number of things that don’t work together, even when it looks like they should,” he says.

Another critical challenge that personal supercomputer builders frequently encounter is heat dispersion. “They generate a lot of heat in a small area, so this isn’t a task for a novice,” says Rob Enderle, principal analyst for the Enderle Group, based in Bend, Ore.

Eshelman agrees. “GPUs consume a lot of power and run warmer than CPUs—up to 80 degrees centigrade,” he says. “Even chassis for gamers with overclocked CPUs may not work for a research system. We have to customize all the chassis we use.”