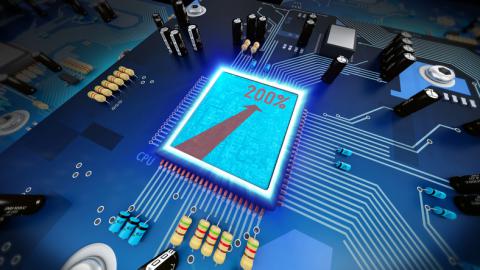 WANT TO RUN your CPU at 4.5 GHz, even though it’s rated at 4 GHz? Get an extra 10 to15 percent of processing power for “free”? Just raise the CPU voltage by overclocking and get more cycles. Easy, right? As long as you walk a fine line between speed and destruction.

Gamers overclock the most, but other CPU-bound applications like CAD, video rendering, and virtual simulations are also popular candidates. Any application that relies on single-core performance rather than multithreading across multiple cores responds best when you increase the CPU frequency.

Overclocking’s popularity has slowed somewhat as CPUs have gotten progressively faster over the last six to eight years. And higher-performance graphics chips can also make a big difference for applications even without modifying the CPU.

Still, overclocking is done regularly, and the goal is simple: “A skilled overclocker may be able to get the performance of a high-dollar CPU from one that’s lower-priced,” says Josh Covington, director of sales and marketing for Velocity Micro Inc., in Richmond, Va.

Begin by verifying that your RAM chips and graphics board will function at higher frequencies. A speedy CPU with slower RAM makes no one happy. There will be a higher power draw, so make sure your power supply has the headroom for overclocking too.

Some experts recommend adding overclocking software for your graphics cards. Many cards have optional applications, and third-party utilities are available for both AMD and NVIDIA GPUs.

Chips aren’t all that get wrecked, says Covington. “Inexperienced overclockers can potentially increase the voltage settings to unsafe levels, killing either the processor or motherboard.” When you read your chip and motherboard warranties, you will find overclocking voids most of them.

Too Hot to Handle?

How much extra juice is too much? Some makers, including Shuttle and Velocity Micro, offer “factory overclocked” systems. Velocity calls it “hyperclocking” and controls the heat rise with a liquid cooling system.

“Most current motherboard manufacturers have an automatic overclock feature in the BIOS that will seamlessly overclock a PC to a conservative and stable environment,” says Garcia. “In addition, it is highly recommended to buy a third-party cooling system due to the increased heat dissipation and higher voltage.”

In fact, every article and tutorial on overclocking starts with “add a better cooling system.” Beware, though, that these cooling systems can be wildly expensive depending on the size of their CPU/GPU block, liquid cooling fluid reservoir, pump, coolant, fittings, and extra fans.