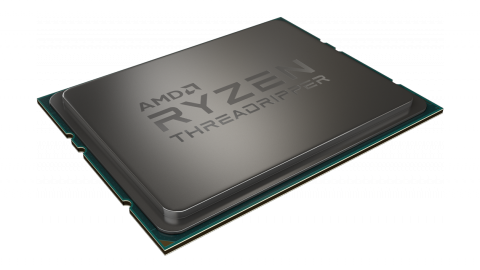 Leading system builders name recent processors and storage products worthy of some attention from their peers. By Hank Hogan
Tweet

WITH SO MANY NEW CHIPS, boards, cooling systems, and other components introduced every year, it’s virtually impossible for anyone to keep track of them all. A recent survey of custom computer makers, however, reveals several prospective gems that should be on the short list for anyone designing or building new PCs or servers.

The Samsung product also has an attribute that system builders look for in any component, he adds—reliability. Puget Systems has yet to have a Samsung 960 Pro fail in the field, and only three of the units haven’t made it through the company’s internal testing process, according to Bach.

Another IT professional who lists solid-state drives among his must-haves is Dom Daninger, vice president of engineering at custom computer maker Nor-Tech, based in the Minneapolis area. While not calling out a specific supplier and model, he favors this entire class of storage components.

“The significant increases in reliability and capacity have really impacted the market for magnetic storage,” he says. “Technologies like NVMe that remove the bottlenecks of normal disk drive storage protocols have also enhanced the use of solid-state storage over the last couple of years.”

Innovative new chip designs are expected to continue that trend, Daninger states, further cementing the value of this class of components in the system builder community. The recent joint announcement by Intel Corp., of Santa Clara, Calif., and Austin, Texas-based Micron Technology Inc. on their 3D XPoint technology is the perfect example. That chip, which is several orders of magnitude faster and 10 times denser than previous non-volatile storage, is the “most significant change in memory technology in 20 years or more,” Daninger says.

Josh Covington’s favorite new component is also a chip, though a processor in this case: the AMD Ryzen Threadripper line of CPUs and X399 chipsets. Covington is director of marketing and sales at Richmond, Va.-based system builder Velocity Micro.

“It’s interesting because of the performance gains we’ve seen in our testing, especially in multithreaded applications, as well as for how they are changing the processor market,” he says about the new processors from Sunnyvale, Calif.-based AMD. “[They] are really going to be game changers for high-end users.”

It’s easy to see why reviewers voted these devices among their favorites based on increased performance alone, Covington adds. But system builders should take a look at AMD’s new chips simply as a welcome alternative to Intel hardware. Intel had virtually no competition for high-end, high-performance chips before, Covington notes. Access to options like the Threadripper forces suppliers to keep costs low and R&D top of mind.

Indeed, thanks to the Threadripper, suggests Covington, high-speed processor prices are already coming down, and Intel is bringing new offerings to market faster. That’s good news for system builders, who can build a wider range of solutions as a result.