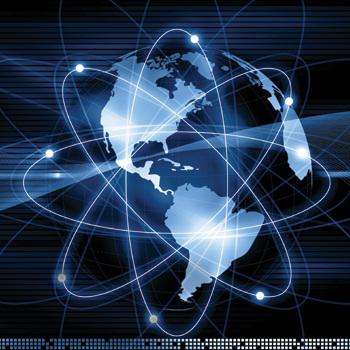 AT&T, Sprint, Verizon. As mobile carriers burrow beyond telecom deep into the SMB IT services market, channel professionals such as Jim Harryman, president of Kinetic Technology Group, are taking notice and working on countermoves to protect their turf.

“Managed service providers and IT outsourcers that are unprepared for this [market change] will create an up-for-grabs scenario for themselves,” says Harryman, whose Dallas-based firm specializes in managing Apple environments.

Since the release of the first iPhone in 2007, Kinetic has offered its clients mobile device management (MDM), which, along with cloud computing, are highly attractive services the mobile carriers have latched onto.

SMBs are a lucrative target for telcos and service providers. By 2015, their consumption of public cloud services will make up 65 percent of an anticipated $40 billion to $50 billion market, according to a McKinsey & Company paper published last summer, Winning in the SMB Cloud: Charting a Path to Success.

Already, companies such as AT&T, Sprint, and Verizon have made “significant investments in building out cloud infrastructure capabilities … through aggressive acquisition of capacity and greenfield buildouts,” the McKinsey paper states.

In August, AT&T introduced its SMB-targeted MDM platform with remote security such as device wipe, lock, and encryption. Sprint, also in recent months, debuted new SMB services, including a cloud package that provides end-to-end migration of extended Office environments and a SaaS-based “bring your own device” management tool. Verizon Business features IT support via Best Buy's Geek Squad, MDM services via a partnership with FiberLink's MaaS360 platform, and “Computing as a Service” via its Terremark cloud architecture.

So should these seemingly aggressive moves concern or motivate channel professionals? Harryman tells his peers to get ahead of, if not on, the mobile carrier bus. IT services firms should either establish or strengthen their carrier partnerships, he advises. “We've worked with AT&T and Verizon on providing Internet service and I expect we'll be able to leverage those relationships going forward. That would be the smart thing to do,” he insists.

Harryman also suggests defining your core business. While it's easy to want to offer clients everything under the sun, including cloud computing, sometimes offloading that to a third party enables you to hone your areas of expertise. As an example, Kinetic at one time started to build out its cloud to support client email and other hosted services. But as Amazon, Rackspace, and similar cloud platforms have matured, Kinetic has relied more heavily on them. “Our company only has 10 employees; I'm not looking to support a huge cloud infrastructure,” he says.

“We're a little past the point in the world where we get either competitors or partners; it's not that black and white.” Bill Lucchini, COO, OnForce

At Lexington, Mass.-based OnForce, an on-site IT services firm, the feeling is similar. “We're a little past the point in the world where we get either competitors or partners; it's not that black and white,” says OnForce COO Bill Lucchini.

Successful channel professionals, he says, will be those who can navigate both sides. For instance, AT&T already uses OnForce's national network of 100,000 registered technicians for local work orders. Lucchini hopes that relationship will continue as AT&T seeks support for its new business services. Simultaneously, OnForce has its own clients signed up for services such as MDM.

HOMETOWN ADVANTAGE
Some channel professionals worry that the carriers will win on price because they can bundle services for existing customers or offer rock-bottom introductory offers to new customers. But Harryman and Lucchini believe local expertise will reign supreme. “National providers are great with simple services, but they have a difficult time responding to the detailed needs of SMBs,” Lucchini says.

The Intersection of Hybrid Cloud and Identity
END_OF_DOCUMENT_TOKEN_TO_BE_REPLACED

Jabra PanaCast Review - Get Your Huddle On
END_OF_DOCUMENT_TOKEN_TO_BE_REPLACED