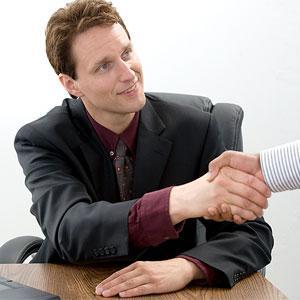 The average system builder has seen its revenues cut by the big players, like Dell and HP, but the global giants certainly haven't cornered the custom market. What system builders must do now is perfect their sales and marketing approach. The "buy local" message, according to many industry experts, is a great place to start.

Pat Taylor, a system building veteran and consultant, and founder and president of Atypical Business in Dallas, says leveraging the "local" angle is key. "If the public knew that the channel has a buy local option, it could be a great opportunity for us," he says.

Unfortunately, explains Taylor, the channel has done a poor job at marketing itself in this way. "We're geekers," he says. "We don't know how to sell."

Competing with such giants as Dell can indeed be a challenge. "We can't compete on price," Taylor asserts. "We can't negotiate on price the way Dell and HP can." He points out, though, that system builders don't have to compete on price. "People will pay for value. If you don't believe that, just go to Starbucks and look at the line of people waiting for a $4 cup of coffee."

The trick, then, is finding a way to present the value being offered. To do that, Taylor is keen on a "big picture" approach. "We need to evolve and turn the table on the big boys. We need to ask, ‘Do you really want to buy service from the Wal-Mart of our industry?' We need to say, ‘If you think Dell's going to show up to fix your machine on your timetable, you're mistaken.'"

Frank Raimondi, executive director and CEO of NASBA, an association of channel resellers, sees the "buy local" angle in much the same way. System builders have "plenty of position for presenting local value," he says. "If [system builders] are competing with Dell, they can say, ‘I'm down the street, and can be there in a day,' and that's something Dell can't say."

Taylor adds, "Our guys can ask clients, ‘Are you buying from Dell, who is famous for their call centers being exported to India?'" He says there is a patriotic case to be made for buying outside the global giants: "Dell sends money to India for jobs that should be in America."

Joe Toste, vice president of sales and marketing for Minneapolis-based Equus Computer Systems Inc., says many end users are receptive to Taylor's "big picture" arguments. "I regularly see in the local markets that some end users prefer buying from local vendors principally," he says, calling such customers "contrarians," who are resisting the overwhelming trend toward extra-big IT vendors.

This is nothing new, Toste adds. "In any business, you're leveraging a group of customers that prefers to buy from local companies. They provide better service than Staples or are more involved in the community than Home Depot."

Customization is a tough sell these days, but it's still relevant.

"Let's be frank," Toste says. "Dell can employ anyone in the U.S. fairly efficiently to work on a desktop, but the service that Dell performs is going to be by the book." The differentiation that local system builders can provide, he says, is in customized service.

The real challenge for system builders, Toste explains, is "that the entire hardware integration is consolidating." He adds, "The value-add of customization is a little more difficult than it was in the past."

Nevertheless, Toste is quick to point out that customization is still needed. "There are no flashy tricks to selling local," he explains. "You just need to provide different types of service--services that the tier-one [companies] cannot or won't do."

"Differentiation." That's the word Toste uses to sum up the system builder advantage.

Taylor, for his part, is optimistic about that differentiation. "We are small business in America," he says, "and I'm watching the channel consolidate these days and grow."

ChannelPro 5 Minute Roundup for the Week of June 20th, 2022
END_OF_DOCUMENT_TOKEN_TO_BE_REPLACED