Managed Services By the Numbers 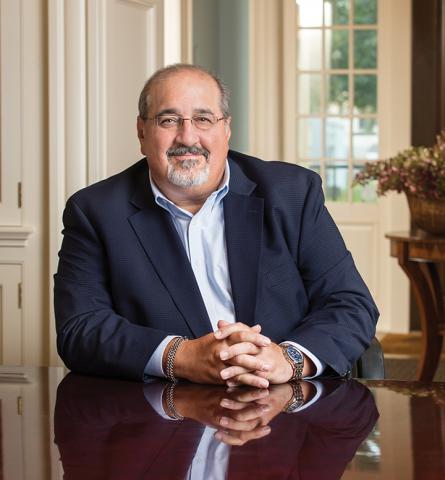 The New England Computer Group recalculated its managed services agreements based on time limits, which has led to happier clients and good margins. By Frank Ballatore
Tweet

DO THE MATH. By my calculations, one of the parties involved in a standard managed services agreement is not receiving a fair deal in two out of three cases. That doesn’t work for me. So I changed The New England Computer Group’s agreement model to a time-limited one that allows our clients to bank time for future projects or upgrades and delivers good margins.

It’s a system I’ve had plenty of time to perfect. I jokingly like to say I “invented” managed services because we’ve always had monthly recurring revenue agreements and have proactively managed our clients.

For a short time we used a break-fix model when we launched in 1992, but because of my finance background, I didn’t like the idea of being dependent on something breaking to make money. Or that a vacation day meant a day without pay.

That’s why I established monthly time-based agreements with clients early on. There were no automated RMM tools back then, so for a certain fixed number of hours per month, we would go to a client site, sit down at every endpoint and server, install updates, and make sure everything was working properly. If there were additional projects, we would work on them as they arose.

COMPANY FOCUS We are a provider of high-level managed IT services for small to medium-size businesses, with a focus on the security and safety of our clients’ data.

RECOMMENDED BOOK Great by Choice: Uncertainty, Chaos, and Luck—Why Some Thrive Despite Them All, Jim Collins (HarperBusiness, 1 edition, 2011)

FAVORITE PART OF MY JOB Getting to know my clients and their businesses, and helping them grow and thrive while using our services.

LEAST FAVORITE PART I haven’t been able to spend as much time with my wife and family as I’d like.

WHAT PEOPLE WOULD BE SURPRISED TO KNOW ABOUT ME I’ve published and won awards for wildlife and nature photography. I also play saxophone and was a member of a band for several years.

The first month, that client used about 20 hours of time, which I thought was just an anomaly. The second month, 23 hours. It was time for a conversation. I reminded the client that I had based the managed services contract on their historical usage. The client’s response was, “Well, there’s a lot of stuff we used to do ourselves, and since you’re all-inclusive now, we’re just having you do it.” Lesson learned.

For all-inclusive agreements, the standard in the industry for managed services is about 20 to 30 minutes of time per month per endpoint. So a 20-user client averages about eight to 10 hours per month. In addition to time, other costs include RMM, backup, security, email, and any other services included in the agreement.

There are only three outcomes with a managed services agreement. Core MSP services are essentially fixed costs; time is the variable. When pricing out an agreement the MSP can overestimate or underestimate time, or get it exactly right. In two out of those three circumstances, one of the parties loses. That means that two-thirds of the time, an all-you-can-eat agreement is not fair to one party or the other.

NECG decided to tweak that equation. Now our agreements are based on delivering all-inclusive services within a limited time allotment, based on calculations we do specifically for each client. Clients pay for additional hours beyond their limit but get to carry over any unused hours. For example, we may calculate that a 20-user client requires eight hours a month. If the client uses less than that, we allow them to carry the balance forward. If they use more than 10 hours, we bill a supplemental invoice at the end of the month for the extra time.

We’re able to easily execute this in our ConnectWise system, which has options in the agreement for unlimited or limited time, with or without a rollover option.

Clients love this type of agreement. Occasionally, I will make an exception and use an unlimited time, all-inclusive agreement when a client insists, but it almost never works out fairly. We either underestimate the number of hours because the client turns out to be needy, or we make a ton of money because the client turns out to be super self-sufficient. I can’t sleep at night knowing that one client is subsidizing another.

That’s why, for the majority of NECG agreements, we use the Frank Ballatore method. It’s an equation that works.

ConnectWise: Leaning in to Help Our Partners Build and Sustain Their Legacy
November 4th, 2020

Jabra PanaCast Review - Get Your Huddle On
END_OF_DOCUMENT_TOKEN_TO_BE_REPLACED