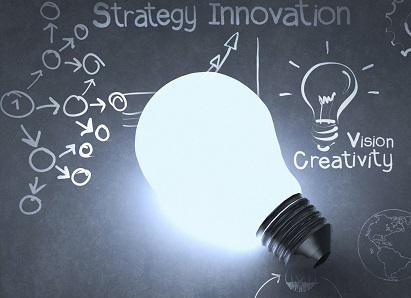 While an upper tier of MSPs is growing like gangbusters, say experts, others are just holding steady. What separates those leaders from the rest of the pack? By Megan Santosus
Tweet
Reader ROI:
Fewer service-level options for clients means more profits for you.
Process-driven firms cut reactive time, boosting margins.
Choose clients who understand the value you provide.

Channel partners intent on growing their MSP businesses can’t just put up a shingle and expect the recurring revenue to follow. It turns out that top-performing MSPs share common practices and characteristics that set them apart from the less-profitable pack. Those MSPs that are most successful—with higher profits, higher margins, more recurring revenue, and so on—achieve that status through a combination of business practices, operational efficiency, and the ability to work with the most profitable customers.

ChannelPro-SMB asked industry experts to identify the traits that separate MSP leaders from laggards. Here’s what they came up with.

In doing so, an MSP with a 20-seat customer can charge $150 to $200 per seat per month—for $3,000 to $4,000. Contrast this to the MSP that sells any combination of services, including a basic monitoring deal beginning at $30 per month—for a total of $600. The laggards need to sign up six times the number of customers just to bring in the same amount of money.

“MSPs think that they should offer different levels of services because that is what many customers can afford,” Dippell says, a theory that is essentially flawed. For starters, offering only monitoring often results in high attrition rates since “these customers typically are not happy and they don’t stick around,” he says. It’s actually something of a vicious cycle—the customers are spending less, they are not getting value, and they abandon providers much faster. MSPs that sell only a Gold package get more revenue per customer; these customers perceive the value they receive and they stay with their providers longer, resulting in less attrition and a better reputation for the MSP.

Be less reactive. One of Gary Pica’s favorite metrics for separating leaders from laggards is reactive hours per endpoint per month, or RHEM. “World-class, top-performing MSPs spend less time—an average of 15 minutes per endpoint—reacting to client issues,” says Pica, president of TruMethods LLC, an MSP consulting firm in Moorestown, N.J. A low RHEM number in and of itself is telling, as it tends to indicate that MSPs operate efficiently and can deliver services at a lower cost than more reactive providers. This does not mean that top MSPs provide services to clients for less; on the contrary, says Pica, such companies command higher prices because they deliver more value. On average, leading MSPs enjoy net margins of 25 to 30 percent compared with 10 percent for the average MSP. “Top MSPs are process-driven, which lowers reactive time, so they can spend more time on strategic services and planning,” Pica explains.

Specialize, don’t generalize. As Larry Walsh sees it, the profitability of managed services is on the decline. “Profits are based on commoditized products, so the ability of many MSPs to charge a robust price is diminishing,” says Walsh, president and CEO of The 2112 Group, a channel business strategy firm in New York. “The more successful MSPs break out of that trap, specializing in some vertical or differentiating themselves by offering something that others don’t or can’t deliver.”

Traditionally, managed services are based around replacing or augmenting hardware. “Some of the more successful providers are getting into the management of applications or cloud resources,” Walsh contends. One such provider is Kirill Bensonoff, CEO of IT provider ComputerSupport.com in Boston. To better monitor public clouds, Bensonoff’s company developed its own software called Unigma that works with AWS and Microsoft Azure to allow MSPs to visualize, monitor, and report on the public cloud deployments used by their customers. “MSPs can troubleshoot across different clouds and different customers,” Bensonoff explains. “They can productize it and develop a service around having all this information available in one place.”

Jabra PanaCast Review - Get Your Huddle On
END_OF_DOCUMENT_TOKEN_TO_BE_REPLACED