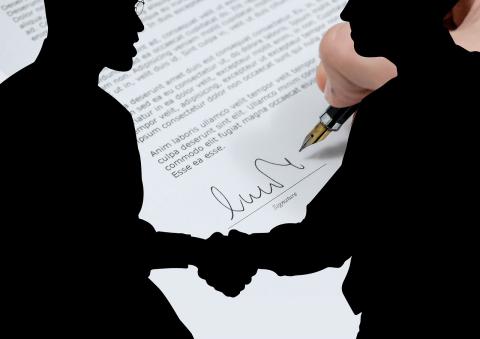 Holiday shoppers aren’t the only ones who went on a buying spree late last year. More than a few channel partners were making purchases of their own. By Rich Freeman
Tweet

Holiday shoppers aren’t the only ones who went on a buying spree late last year. More than a few channel partners were making purchases of their own.

The very next day Internet & Telephone LLC, an IT and telecom provider based in Methuen, Massachusetts, acquired Jenaly Technology Group Inc., a VAR and MSP in Portsmouth, New Hampshire.

And so on and so on in a streak that culminated, for the moment at least, with yesterday’s acquisition of Algonquin, Illinois-based VoIP and cloud computing specialist Equivoice by full-service solution provider MNJ Technologies Direct Inc., of Buffalo Grove Illinois.

For years, analysts and other experts have been predicting a brutal consolidation wave in the SMB channel, driven by cloud computing’s remorseless dilution of margins. Is all this M&A activity a sign that it’s arriving at last?

Not exactly, according to Charles Weaver, CEO of MSPAlliance, an industry association and accrediting body for the managed services industry based in Chico, California. First off, merger and acquisition activity always picks up around December, he notes, as business owners eager to capitalize on the tax advantages such deals can confer hustle to close pending transactions before the year closes. Second and more importantly, Weaver adds, consolidation typically occurs when too many providers are chasing too few customers, and if anything the exact opposite is the case in managed services at present.

Still, this year’s unusually steep end-of-year spike in M&As probably isn’t a coincidence, Weaver continues. Rather it’s a sign that IT business owners with a nose for where the market is headed are beginning to recognize that in today’s SMB channel bigger is increasingly better. To a steadily rising extent, companies using an ever-expanding range of technologies and facing an ever-expanding array of security threats want partners who can meet all of their needs, and any channel partner looking to remain relevant had better be capable of satisfying that demand.

“They need to figure out a way to do that,” Weaver says. “The stakes now are getting really high.”

MJ Shoer, Jenaly Technology Group’s president and virtual CTO (and one of ChannelPro’s 20/20 Visionaries for 2015), agrees. “What customers want is one partner that they can trust implicitly [to] help them deal with whatever comes down the pike,” he says. “Any organization that has a broad skill set to be able to address all that and manage all that for a customer is absolutely in a better position.”

That basically leaves IT providers with two options, Shoer notes: Nurture new skills internally or join forces with someone else who has those skills already. Hence his decision to hitch up with Internet & Telephone, a firm whose leaders he’s known for 24 years.

“We’ve always been friendly competitors for lack of a better description,” Shoer says, and the logic of turning their separate offerings into one big portfolio of products and services was too compelling to ignore.

“The combination of the two companies made so much sense,” Shoer says. “It gave us a much broader depth of resource and capability that would have taken us years to develop on our own.”

Shoer advises smaller solution providers and MSPs to think long and hard about a scale-up M&A strategy of their own, at least if they’re serious about growing their business.

“You’ve got a whole bunch of players out there who have developed very good niches,” he says. “If they want to get to the next level they need to broaden out the scope of what they do, and sometimes that’s better done through a merger or an acquisition than organically.”

LG Gram for Business 17 (2020): Big Reasons to Like It
END_OF_DOCUMENT_TOKEN_TO_BE_REPLACED