Making the Most of the Unemployment Rate: Opportunities for Resellers 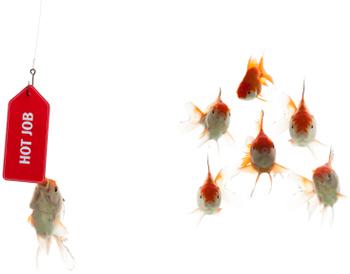 D&H Distributing co-president Michael Schwab sees the silver lining in the nation's unemployment crisis, and provides valuable advice regarding the consumerization of IT. By Elaine J. Hom
Tweet

The economy may be in the tank, but according to Michael Schwab, D&H Distributing's co-president, the influx of recently laid-off employees and those still out of work means opportunity for IT service providers. During a sit-down meeting with ChannelPro-SMB at the distributor's New England show in Quincy, Mass., Schwab made it clear that he sees the silver lining in what many see as a national crisis.

"[The U.S.] is at 9 percent unemployment," says Schwab. "Where do these people find jobs? Many of them will decide to go into business for themselves. They'll buy franchises, they'll start a small business, and the first thing they'll need is technology products." With tens of thousands of employees being laid off at companies like Cisco and Merck, every unemployed person is a potential entrepreneur, and a potential customer.

"Despite a slowing economy where you have high unemployment, people need to make a living," says Schwab. "They've got the opportunity to create their own business entity, and that becomes an opportunity for us in the channel."

In terms of these potential customers and existing customers, D&H Distributing has focused on three main areas of technology over 2011:

As the year goes on, Schwab is keeping a close eye on mobility, especially tablets and ultrabooks, which are the combination of the convenience and usability of tablets with the integration and computing potential of a laptop. Tablet computing has certainly been consumerized, to the point where tablet advertisements proliferate primetime television and billboards. But with the consumerization of IT becoming more common, Schwab warns partners that they must stay ahead of the curve.

"The reseller needs to think about continually moving upstream in their portfolio of products," he says. Schwab uses the example of wireless networking, which a few years ago, was an area where a reseller could specialize and thrive. But as it became consumerized, resellers needed to expand that expertise to add unified communications, video, and so on, to be able to continue selling services. "It's about how you leverage your knowledge base in the existing technology and take it up another level."