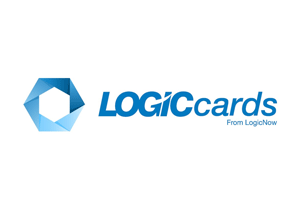 A drill-down into the new LOGICcards data-driven knowledge base aimed at helping MSPs improve their business practices. By Michael Siggins
Tweet

At the MAXfocus U.S. user conference in September, LOGICnow launched LOGICcards, a major enhancement to its IT service management platform intended to help MSPs identify improvement opportunities through real-time, data-driven insights derived from billions of data points collected from the millions of devices managed by the MSPs that depend on the MAX RemoteManagement platform. Alistair Forbes, general manager of LOGICnow, and Dana Bullister, data scientist, spoke with ChannelPro-SMB Publisher Michael Siggins about the significance of LOGICcards and other issues impacting MSPs. This is an edited excerpt of that conversation.

ChannelPro-SMB: Tell me about the LOGICcards.

Alistair Forbes: The applicability of [generic best-practice advice] to different partners would vary depending on the stage they’re at in their business. So one of the main thrusts behind LOGICcards is to be able to tailor [best practices] more specifically, based on a number of things. First, what we know about their business—what size is their business right now, what sort of tools are they deploying into their customer environments, what’s the configurations in those environments. If we see that somebody has a particular set of configurations that appear to be suboptimal, we can go to them [with] “It looks like this machine doesn’t have AV on it,” or whatever.

Where it becomes more powerful is we start to add to that from all the other partners around the world. [For example,] “Across all of our partners we see the following things happening, and you don’t appear to have implemented this configuration or this best practice. So, here’s what we think would be relevant to you.” The first iteration of that, if you like, is us doing that on the basis of what we think is important to the MSP; and then the machine intelligence piece learns from their behavior. So, depending on what they appear to express interest in, we can show them more of the same, or if we’re showing them stuff that they’re not interested in, we can de-emphasize that. The collective intelligence is around trends that we’re seeing, things that we think they should be aware of at the specific stage in their business.

It’s intended to be more than a reporting tool. It’s more a tool for them optimize their own business.

ChannelPro-SMB: It sounds like it relies a lot on the human component—your partners—to take this advice and work with it. Not that we want Big Brother, or Big Alistair, to be watching us, but if you see people ignoring certain things, is there a way to prod them?

Dana Bullister: Not as yet. That is a question right now that we’re working through. It will involve looking at the data, how often does that happen, do we think it will be a value to shove certain notifications a bit more. …  It’s something that we’re certainly considering.

ChannelPro-SMB: So if you could only remove those pesky people from the equation …

Forbes: All joking aside, the automation piece is actually an important next step. To your point about people, we can’t force them to turn on automation, but if we make it as easy as possible for them to do it, not only do we say, “You’ve got a piece of software on this machine that is highly vulnerable, we think you should remove it. Click here to remove it,” sort of thing, then over time we give them the option to say, “Every time you see this, do if for me.” It doesn’t get over the fundamental problem of [ignoring advice] but we can help them to automate it. …You also get consistency benefits because it happens everywhere and across all the different environments.

ChannelPro-SMB: If things are running so well and you’re doing so many things remotely, like with great products like yours, is there a way for MSPs to report to their customers what they’re doing for them every month or quarter?

Forbes: It’s the paradox of the MSP of the better job you do, the less your customer sees of you. So we could potentially fall into the same sort of trap.

Bullister: Right. So one of the other potential directions that we’re going for [with] LOGICcards is not just helping MSPs to do their job better, but also demonstrating their value. One of the card types we’re thinking about is a value micro report [that shows] all the ways that they’ve added value to their customer’s business: all of the bad things they’ve prevented, all the opportunities they’ve spotted, all the ways they’ve helped. It will help them to market themselves, to demonstrate what they have done to help their customer do better.

ChannelPro-SMB: Does the data collection and comparison data extend beyond your partners and customers? For example, “We helped you combat these 47 types of threats, but other companies your size battle 200 of them.”

Forbes: I think the comparative piece across the population of our customers is within the platform right now. One of the things that Dana alluded to was the idea that we can take external data sources as well. So we can cross-reference what we see against other sources, particularly in the security space, because there are a number of databases out there that catalog threats and that kind of thing. So we can see what’s the prevalence, what’s the incidence of those within our population, and how does that compare to the industry at large. Bringing in external data sources is definitely something that we’ll be looking at adding to the platform.

ChannelPro-SMB: And for your partners’ business itself, will some of the analytics be able to help them make improvements?

Forbes: Absolutely. That’s a really important parts An example would be endpoint-to-engineer ratio. What’s the state of the market? What does “good” look like? How many endpoints should you be able to support with any given number of engineers? So, it’s very much about the business optimization for them, and targeting it specifically to what we know about the current state of their business, what we know about the community’s stats at large.

We’re not going to say, “That guy over there is three times better than you are,” [rather] it’s all in aggregate. But you can see, if you look at the population as a whole, “Here’s where you sit. And typically the way that people get from here to the next level is by doing these following things.” So targeting the advice specific to what challenges they have so it’s not just a generic book of “You have to build a managed service practice,” it’s, “Knowing what we know about you and what we see in the industry, here are the three things you should do next.”

ChannelPro-SMB: What about more information about your partners’ businesses themselves?  For example, salaries or utilization rates or margins?

Forbes: We don’t have that data directly in our system right now, but we have been working a partnership with some external research firms who do gather that data. Again, they can’t expose the individual data to us, but we can see an aggregate. What are the hourly rates people are charging? What are the technician utilization rates that somebody’s getting? We can measure what billable time per engineer and therefore infer what utilization rate is.

ChannelPro-SMB: Shifting gears from LOGICcards, how would you describe your ideal partner?

Forbes: Clearly in terms of the community-learning piece, if we’ve got people who are already very well experienced, very advanced, then that helps the collective knowledgebase [for] our partner community, so that certainly is a valuable customer for us. Fundamentally, it’s somebody who has both the aspiration and the disposition to be able to grow their business, because our success is very much tied to their business growth. They have to want to grow their business, but also, to your earlier point, they do have to be prepared to listen to input and to be able to adapt their businesses on the basis of what they find. I wouldn’t say there’s any particular size, per se, but it’s more about the profile of their business, what they’re trying to achieve with it, and how prepared they are to help both provide the input to us and receive input from us.