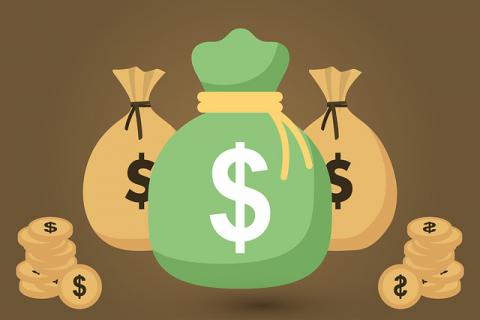 WOULD YOU LIKE FRIES WITH THAT? System builders should ask the IT equivalent of that question before closing every deal. Many don’t, though, and end up missing out on quick and easy extra revenue as a result.

“It’s the simplest way to increase sales there is,” says Mike Schmidtmann, a business coach for IT providers at Trans4mers LLC, of Warrenton, Va. “You have to be careful and respectful with the upsell, but most customers appreciate the cross-sell because that’s less stuff they have to buy elsewhere.”

Nor-Tech, a system builder in Burnsville, Minn., has certainly found that to be true. Steering computer buyers toward extra items they shouldn’t be without has added more cash to the company’s bottom line while adding value for the customer, according to Dominic Daninger, the firm’s vice president of engineering.

“They try to scrimp on UPS, for example, and that’s not a good idea,” he says, noting that upselling, when done right, can be a win-win for channel pros and their clients. “For SMB customers, we try to steer them to a sweet spot so they get good performance for the dollar but not the newest technology,” Daninger says. These days, for example, that means swapping out hard disk drives for speedier yet increasingly affordable solid-state drives (SSDs). “It’s beginning to get easier to put SSDs into systems today,” Daninger adds.

Jon Bach, founder and president of Puget Systems, a custom system builder in Auburn, Wash., uses the upsell process to protect clients from making bad decisions. “We sell to content creators, and they often have their own duct tape solution for data coming and going, and backup,” he says. “We can show them what works well and what doesn’t.”

Offering services can increase the value of a deal in ways clients appreciate too, according to Bach. “New workstations may sit in a box for months waiting for [the customer] to have a free day to transfer everything,” he notes. “Adding transition services can save them time.”

Service plans are another natural cross-sell for workstations. Computers are tools and tools break down, observes Bach, so selling warranties, on-site service, and even spare machines can be effective. Bach isn’t fond of adding peripherals to his deals though. “We send them to Fry’s for printers and things because those get into a lot of personalized details,” he says.

Daninger employs many of the sales tactics Bach uses with his customers. “When they move from workstations to clusters, they rarely have the in-house Linux talent to run those systems,” he observes. Services from Nor-Tech help the customers get rolling. After installation, moreover, Nor-Tech offers periodic audits on system health, which can lead to sales of firewall monitoring and cybersecurity services. 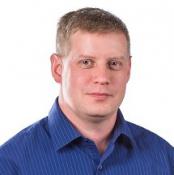 “When you do a good job closing the first deal, the second sale is that much easier. There’s no hotter lead than a happy customer.”

Some of the best upsell opportunities involve project-specific needs, according to Daninger. “One customer didn’t have a data center but needed a cluster in the engineering department,” he recalls. “We worked with partners to develop a low-noise, office-based supercomputer.” Another time, Daninger adds, Nor-Tech constructed a portable and rugged cluster for a manufacturer that needed to move computers from one site to another.

Software sales also tend to trigger hardware upgrades, suggests Daninger. “We are the [high-performance computing] integrators for a number of independent software vendors, and their customers need distributed parallel compute structures,” he says. On the flip side, companies usually upgrade their applications when procuring new hardware to get the latest features and the best performance from their investments. System builders can benefit from discussing those needs with their clients.

Cross-selling also applies to expanding sales across a company with multiple divisions or operating units, adds Bach. “Once we put one system in, we want to ‘spread our virus,’” he says. “When you do a good job selling the first system, the second system sell is that much easier. There’s no hotter lead than a happy customer.”

‘Phish’ Are ‘Friends,’ Not Food—How Phishers Are Posing as the Former
END_OF_DOCUMENT_TOKEN_TO_BE_REPLACED

Jabra PanaCast Review - Get Your Huddle On
END_OF_DOCUMENT_TOKEN_TO_BE_REPLACED