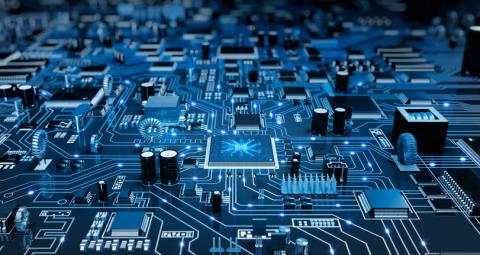 INTEL PRODUCES the majority of computer processors, so when it has production problems, those problems ripple throughout the industry. Starting in the fall of 2018, many lower-cost chip lines slowed as Intel increased production on server and cloud system units. Builders and integrators used a range of work-arounds to cope.

Ace Computers in Chicago, for example, derives 90% of its revenue from government and military customers and struggled to deliver systems because of the shortage. “We’re one of a handful of companies able to bid on large federal and military projects,” says Marc Fertik, Ace’s vice president of technology solutions. “Win a contract and we may get a 10,000-PC order, mostly basic, low-end desktops. Delivery went from 30 days to 90 or 120. And public sector contracts are all about the supply chain integrity,” meaning you can’t swap in PC A for a similar PC B.

Mike Bloomfield, president geek of Tekie Geek, in Staten Island, N.Y., sells similar basic PC workstations in the New York/New Jersey area. “Typically, we get delivery in one day, then Dell went to 45 days out,” he says. “One client waited 60 days for a machine.” Luckily, Bloomfield can ship a Lenovo or HP rather than a Dell to most customers.

“I’m a big Game of Thrones fan, and I would pray to all the various gods before going on a distributor’s website looking for systems,” adds Bloomfield. “And, of course, every customer decided to order new computers during this period. I got one system from Amazon.” Besides losing margin, he lost time. “My normal quote estimate from my template takes me five minutes. Suddenly it was taking 45 minutes.” Several times, customers taking a few days to place an order meant the quoted machine was no longer available.

Fertik’s No. 1 work-around was delaying shipments. No. 2 was substituting AMD processors for new quotes. His corporate customers didn’t demand a strict supply chain, which allowed him to be more flexible in delivering systems with parts from different suppliers. He plans to quote many more AMD systems to his federal customers from now on to give himself more options.

For someone like Mike Beuligmann, who doesn’t do the large volume that Fertik does, looking to an unusual source for some Intel processors—retail—provided the work-around. “When our distributors ran out of Intel chips, we went to the MicroCenter here in St. Louis,” says the president of eCollegePC. “They had no shortages.” That didn’t mean he escaped aggravation, however. “We had a couple of Intel 8700k chip failures. Usually Intel replaces the chips. This time they sent a refund check.”

Like Fertik, Beuligmann also sold more AMD systems. “Two years ago, we didn’t sell any. Now, maybe 15% of our sales are AMD Ryzen and Ripper chips.” That percentage will grow if the backlog doesn’t clear up soon.

Even though Intel promised all production would be back on track by Q3, that leaves Fertik on the edge for school systems. “Our K-12 education orders haven’t been hurt yet, but schools want their systems delivered in the summer. If those deliveries slide into the fall, that’s trouble.” His military deliveries are scheduled in October and November, after the start of the federal fiscal year. Those should be fine in 2019. However, some of the 2018 system contracts just finished deliveries.

Bloomfield’s plans for protecting himself in the future include stocking inventory. “We don’t like to stock systems because they get old fast,” he says. “But I’ll make sure we have two or three of our most common units on the shelf to smooth out those deliveries until Intel is caught up again. And maybe after.”

The only positive note from Bloomfield? “Since everybody was hit, I didn’t lose customers to competitors.” In fact, he may have picked up a couple. Perhaps those Game of Thrones deities answered his prayers.