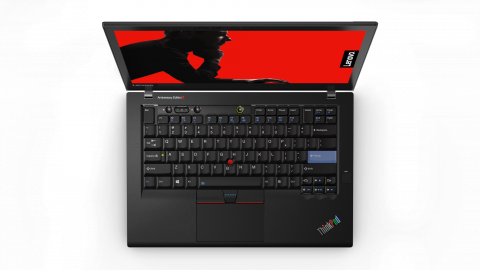 Lenovo’s special 25th anniversary notebook begs the question of whether there’s such a thing as computer hardware nostalgia. By Matt Whitlock
Tweet

THINKPAD RECENTLY CELEBRATED 25 years in existence, and I was invited to the other side of the planet for the birthday party. It was much more than cake, ice cream, and a game of pin the red nub on the keyboard, but a rare opportunity for a few select press members from around the globe to enter Lenovo’s testing facility in Japan, speak with people involved in bringing the very first ThinkPad to life, and witness the unveiling of Lenovo’s retro 25th anniversary edition notebook—the ThinkPad 25.

That ThinkPad now qualifies for a massive discount on car insurance is cause alone for celebration, but a retro laptop indicates that ThinkPad is more to its users than a long-lived brand. Is there something about it and its features that generate genuine nostalgia in people today, like vinyl records, classic video games, and (what seems like) every entertainment franchise from the 1980s?

More important, is there really some segment of this market willing to spend money on a retro ThinkPad?

Some believe it’s a stretch, but ThinkPad executives don’t. I remember sitting at a bar after ThinkPad 25’s unveiling with several Lenovo executives, who were all discussing the coverage online. The critics’ reactions ranged from tepid to confused, but not many were outright positive.

CNET’s Lori Grunin, for one, largely panned it. “I really don't get why anyone would want to spend $1,900 for a laptop done up with a bunch of design features from yesteryear,” she wrote. “We're not talking cool retro … we're talking all the most unique design aspects of different generations of ThinkPads on a single system.”

“She doesn’t get it,” said one executive to another.

“She’s probably in her early 20s and had an iPhone before a computer,” quipped another.

Indeed, Grunin’s reaction isn’t surprising. If a person doesn’t feel nostalgia for a throwback like the ThinkPad 25, how could they be anything other than confused and cynical about it?

I suppose that’s what makes a retro ThinkPad so polarizing. Most of those execs at the bar came over to Lenovo through ThinkPad’s acquisition from IBM, so their view makes sense given their history. This isn’t a special release for ThinkPad staff though, but a product meant for the general public. So it begs the question of whether it’s even possible to have nostalgia for a notebook line.

Jabra PanaCast Review - Get Your Huddle On
END_OF_DOCUMENT_TOKEN_TO_BE_REPLACED