Last Look: Behind the Scenes at Build IT and the Making of a Partner Event 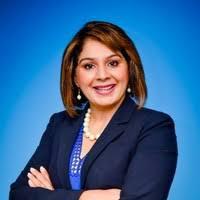 IT By Design's Kam Attwal-Kaila (pictured) says the firm's first partner event held earlier in the month is one pillar of a larger community education initiative. By Michael Siggins
Tweet

The mantra of IT By Design is “sharing is caring,” a philosophy espoused by executive leadership and the foundation of the inaugural Build IT partner event held earlier in July.

An MSP that has grown and evolved to be a provider of staffing, help desk, and NOC services for MSPs, IT By Design acknowledges the importance of peer groups to its own growth and “we wanted to make sure we gave back,” says Kam Attwal-Kaila, president of the Jersey City, N.J.-based company that also has offices in Florida and India.

In fact, the willingness to give back was the litmus test for presenters and vendor participants at Build IT, says Sunny Kaila, IT By Design’s CEO and founder. Vendors, he explains, had to “believe in [our] ‘sharing is caring’ mantra because that's what we live here. So every single vendor, before we brought them in, we made sure that any breakout session that they were going to do is going to be education first.” He adds that vendors also needed to have the right business practices for the channel.

In addition, presenters had to be willing to share templates and intellectual property that MSP attendees could bring home and apply to their businesses, Attwal-Kaila says. “We were very strict about how the structure of this needs to flow. It has to be education first.” Sharing information is “what we believe in. It's what we reinforce within our entire organization and our community. It's what defines us. And so putting it all together [and] getting everybody on that straight and narrow led us to Build IT.”

The husband and wife team both credit Kaila’s involvement in the Taylor Business Group, which began around 2011, as a turning point for the MSP.

And that’s what happened in 2013 that changed the course of IT By Design. Attwal-Kaila says they were approached by a peer who was going through some challenges and needed help. “So we gave him one of our best engineers,” she says, “and three months later, if you know peer groups, everybody talks. The next peer meetings, five other friends came and tapped us on the shoulder and said, "Hey, you lent him one, we want one, too." And that's how [our] staffing [service] started. A light bulb goes off. People need talent.”

In just three years, she adds, “staffing became equal to what had taken us 10 years to build as an MSP.”

Then in 2016, IT By Design launched a channel-only NOC service for MSPs, and also became the official help desk and NOC provider for ConnectWise users. In 2017, the company introduced outsourced system administrator and technology expert services for users of the ConnectWise Automate RMM platform. The services were developed in collaboration with ConnectWise, which trained and certified all of IT By Design's contract engineers, and is a SKU on the ConnectWise line card.

Attwal-Kaila says the company started 2019 with 300 partners. Sessions they were presenting at industry events were standing room only, which planted the seed for launching their own event.

“We've always had big, audacious goals,” Attwal-Kaila says, adding that they put the event together in five and a half months. “We made it happen because we promised ourselves that we were going to take this next step.”

“I think we did a great job leading up to Build IT with all of our webinar series,” Attwal-Kaila says. IT By Design will build on its content and the live event, “so that come January, it will be this community that our partners can have free access to. Education should always be free and so that's what we're offering to our customers.”

Attwal-Kaila is adamant that everybody in the channel can go further if the ecosystem focuses on giving back. “It's not about just dollars and cents. It's about leaving an impact in the world and that's what we're trying to do with Build IT,” she says. “We're leaving an impact. We're helping someone, even if it's just one tool, one process that they couldn't figure out. If I helped them in some way, shape, or form at the end of the day, we did our job.”

Tags:
Build IT
IT By Design
ConnectWise

IT By Design to Host Inaugural Partner Event in Big Apple
July 2nd, 2019

IT By Design Kicks Off Inaugural Partner Event
July 15th, 2019

Last Look: Behind the Scenes at Build IT and the Making of a Partner Event
July 26th, 2019