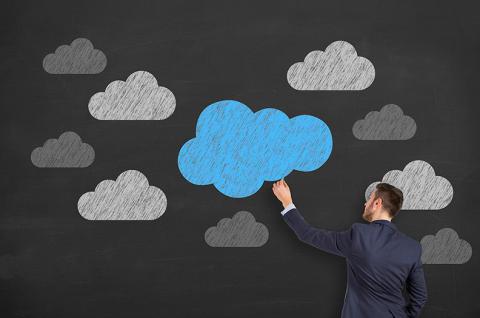 “Born-in-the-cloud” vendors like Salesforce partner with channel pros in unfamiliar ways. Those who can handle the differences, though, stand to profit handsomely. By Rich Freeman
Tweet
Reader ROI:
BORN-IN-THE-CLOUD VENDORS like Salesforce share little to none of their sizable licensing revenue with partners.
THEIR PARTNERS TYPICALLY EARN 40 to 75 percent margins on integration projects, however.
BECOMING A SAAS INTEGRATOR typically means hiring new architects, designers, developers, and strategic business advisers.
SPECIALIZATION AND RELATIONSHIP-BUILDING SKILLS are essential to prospering in a cloud-only vendor’s channel.

NO QUESTION ABOUT IT, Microsoft has a big channel, and big attendance numbers at its partner conference to prove it. Last year, in fact, over 16,000 solution providers, MSPs, and cloud resellers traveled to Las Vegas to attend the annual event.

Which sounds impressive until you compare that figure to the number of people at the 2018 edition of Dreamforce, Salesforce’s annual partner event. Held in San Francisco last September, that show attracted more than 170,000 people.

The pioneering maker of software-as-a-service (SaaS) CRM, marketing, and customer service applications has an even more enormous partner community. FMT Consultants, a solution provider with offices in San Diego and Los Angeles that also partners with Microsoft and cloud ERP vendor NetSuite, has been a member of that community since last April. “There’s certainly a lot of demand out there,” observes Eric Casazza, the company’s CEO.

He’s not the only one experiencing that demand either. “There’s a six-month backlog right now of finding good Salesforce people in every city across North America,” says Forrester analyst Jay McBain, who heads the firm’s research and advisory practice for global channels, alliances, and partnerships. Plenty of other “born-in-the-cloud” vendors, ranging from NetSuite to Workday to Adobe unit Marketo and beyond, are on sustained hot streaks too, he adds.

Yet at present, McBain continues, relatively few partners of industry mainstays like Microsoft, Cisco, and HP are cashing in on that phenomenon, thanks in some measure to the very different manner in which SaaS channels operate compared with more traditional channels. Cloud-only vendors like Salesforce have partners, but their partner programs bear only a partial resemblance to what longtime channel pros are used to.

A Tidy Division of Labor

Fundamentally, born-in-the-cloud vendors work with partners differently because they also sell differently to a different set of people with a different set of needs. Historically, companies like Microsoft and HP have sold to IT departments. Born-in-the-cloud vendors like Salesforce, by contrast, usually sell to tech-savvy business managers. At present, such non-IT leaders are making 65 percent of all IT purchasing decisions, according to McBain, who expects that figure to reach 80 percent within a few years.

They’re also more than happy to purchase cloud-based applications straight from the manufacturer, rather than a VAR, and crave solutions tailored to their exact vertical, size, and location. As a result, companies like Salesforce have little to no need for resellers and an enormous appetite for skilled implementation partners. “We’re not a systems integrator at our core, so we have to rely on our partner ecosystem to deliver those things for us,” says Tiffani Bova, Salesforce’s global customer growth and innovation evangelist.

Getting to the Next Level: SWOT Analysis
END_OF_DOCUMENT_TOKEN_TO_BE_REPLACED

Jabra PanaCast Review - Get Your Huddle On
END_OF_DOCUMENT_TOKEN_TO_BE_REPLACED