Is It Time to Say Bye-Bye BlackBerry? 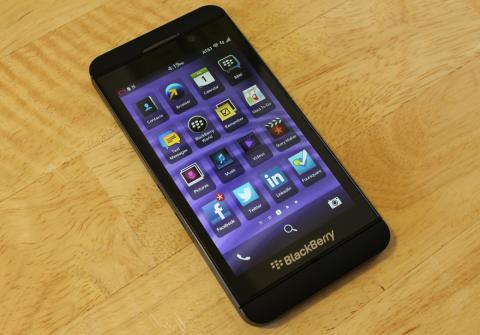 BlackBerry’s troubles have been plastered across the financial press. But is it time for the company to throw in the towel? By James E. Gaskin
Tweet

It was Research In Motion (RIM), then it became BlackBerry Ltd. It was for sale and then it wasn’t, and the Waterloo, Ontario, company is now regrouping and moving forward. BlackBerry ruled the corporate pocket but the iPhone deposed it when employees forced companies to let them bring their own devices to work. Is it time to bid BlackBerry farewell? After all, in 2013, the company lost $4.4 billion and the stock price dropped 33 percent.

No, it’s time to pull out the old Mark Twain quote: “Reports of my death have been greatly exaggerated.” The road ahead for BlackBerry isn’t smooth or guaranteed, but support from analysts, dealers, and customers says the company will be around for the next few years. It may remain a distant third or even fourth in phones, but its edge in security, management, and the wide support of BlackBerry Enterprise Server (BES) will keep the company going.

Still, bad news can’t be ignored, and BlackBerry has had plenty. Its stock woes continue, and late last month it was trading in the $9 range. (Its high in 2008 was $148.) A report of an 80,000-phone purchase by the Pentagon in January boosted the stock price, but a clarification of that report said no purchases were planned and the 80,000 devices were already in inventory. The company has also been selling off real estate to raise cash for its turnaround. Even so, that’s probably no cause for alarm.

“BlackBerry has a strong brand, good customers, and lots of cash,” says Christian Kane, Forrester Research Inc.’s analyst for enterprise mobility. “They’ve had problems the last few years and not great execution, so company management has more work to do. But there’s no issue about BlackBerry being turned off one morning.”

Kane admits BlackBerry has a tough marketing job ahead because the company focuses on two different markets: phones for consumers sold through the carriers, and management services based on the BES sold to company IT departments. All the added security and management BlackBerry builds into its handsets adds cost for features that mean little to consumers, but enhance their value to IT.

“Management must make clear their direction about developer support,” says Kane. “Vendors are pushing customers away from BlackBerry to Apple and Android. Companies that write their own apps for their entire workforce get more support from Apple and Android. Everybody is waiting for [BlackBerry’s] official direction.”

BlackBerry also can’t forget that its core group of customers wants security and privacy, says Kane. “They should even push the NSA snooping angle to consumers, and promote more privacy for users.”

The Reseller’s Role
Sometimes, even the reseller’s best BlackBerry sales job breaks down when clients enter the carrier retail stores. “Our clients go to stores to buy BlackBerries, but the salespeople convince them to switch to iPhones,” says reseller David Felton, CEO of Canaan Technology LLC, in Norwalk, Conn. “[I] don’t know if it’s for financial reasons or what. We talked to BlackBerry about reselling handsets six years ago, but we’re not a retail store so we couldn’t make their numbers. But the company does need some way for partners to sell devices, or at least a partnership with phone stores so we can order handsets and have the client pick them up.”

Felton’s BlackBerry customers are not getting nervous, he says. “BlackBerry is definitely better on service and support than iPhone.” One of Felton’s BlackBerry clients moved to redundant ISPs, and when the primary ISP went down, everything switched over to the second ISP except for the iPhones. “No way they would sync with the backup server,” says Felton. “With the BlackBerry phones it was a non-event, but the iPhones went down and it became an emergency.”

His advice for BlackBerry’s evolving management team? “Ride out the two-year upgrade cycle and actively market [BlackBerry] on TV against the iPhone to consumers. For businesses, stress the security and reliability of a phone that doesn’t get bogged down with Facebook and Candy Crush.”

Customers Not Panicked
Robert Gogolen, founder of EMF Inc., in Keene, N.H., does about $2 million in sales annually, almost all in services. The company resells some hardware, mostly to get access to direct support from its vendors. “Nobody has moved from BES, and zero [clients] have asked about moving,” he says.

“I remember the predicted demise of IBM and Apple,” Gogolen chuckled. “They couldn’t have righted the ships if they hadn’t been good companies. And BlackBerry is excellent, with very good technology. They have enough money, enough cash flow, have shrunk the company, and can keep the core going.”

EMF doesn’t sell handsets, so the company sends customers to BlackBerry’s carrier stores. “If a customer gets pushed away from BlackBerry,” says Gogolen, “we call the store and get the BlackBerry ordered and ready to go. This is a corporate tool, not a toy.”

Gogolen admits BlackBerry lost market share on handhelds. “But we and our customers don’t take that to mean BlackBerry is dead,” he says.

“We have a lot of customers in the financial services area,” says Gogolen. “There are compliance issues, and clients are security conscious. Depending on the size of the company and what they’re working on, we have to support some very high security. Customers who need secure mobile devices that are manageable and controllable can find nothing better than BES.”

Forrester’s official recommendation, says Kane, is, “If you still have BlackBerry devices, you need to maintain and manage them, so you should stay with BES. BlackBerry really should push the idea that they can support BlackBerry and iOS and Android, all with just one piece of infrastructure.”

Gogolen has started using BES to manage Apple and Android phones. “We’re still feeling our way through that, but it looks promising. The endpoint may not be BlackBerry, but BES is still managing the security.”

Jabra PanaCast Review - Get Your Huddle On
END_OF_DOCUMENT_TOKEN_TO_BE_REPLACED