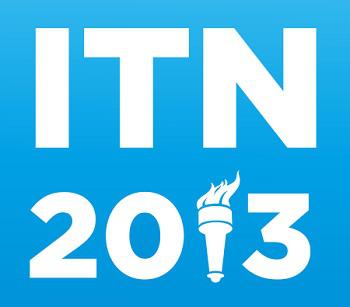 ConnectWise CEO Arnie Bellini lays out his vision for partners and a big new list of services now available to them. By Rich Freeman
Tweet

In September, ConnectWise CEO Arnie Bellini became the 1,335th person (and only 50th over age 50) to swim the English Channel. Today, Bellini kicked off the 2013 edition of ConnectWise's IT Nation conference in Orlando, Fla., by describing the lessons that feat taught him.

"I had to learn best practices," he said. "I had to overcome all my doubts and fears." And success would not have been possible without a lot of assistance and encouragement from others. "You can accomplish great things with a team," Bellini asserted.

Suggesting there are lessons for MSPs in his experiences, Bellini spent much of his opening day keynote outlining measures ConnectWise is taking to help its customers conquer their own big goals.

It's a great time to think big too, Bellini noted, citing estimates from Stamford, Conn.-based Gartner Inc. that global IT spending will hit $3.8 trillion in 2014. "That sounds like a pretty good opportunity to me," he said. IT Nation attendees are apparently similarly bullish: according to survey data Bellini presented, 38.4 percent of them expect "hyper" growth in the next year, and another 51.6 percent foresee moderate growth.

PLATFORM ENHANCEMENTS
Bellini discussed a series of forthcoming enhancements to the ConnectWise PSA platform aimed at helping MSPs realize those forecasts, including a new "finger-friendly," browser-based user interface optimized for tablet computers and other touch screen devices, and a new sales app for smartphones with features similar to those in cloud-based CRM solutions like Salesforce.com.

In fact, several of the coming attractions Bellini demoed seem aimed at providing users fewer excuses to leave ConnectWise and the other members of the company's Modern Office Suite-the LabTech RMM solution and Quosal quoting system. For example, the new Modern Office Communicator, expected in early 2014, will add the kind of presence, chat, audio, video, and voice features typically found in unified communications systems to the Modern Office products, enabling MSPs to locate and interact with clients without switching to separate solutions.

Further confirming the trend away from per-device managed services pricing, Bellini described new ConnectWise functionality coming soon that will support user-based billing as well as the ability to track and manage devices and cloud services on a user-by-user basis. "The world we're entering now we believe is user centric," Bellini said.

Bellini also announced a new Virtual Administrator service that will give MSPs the option of having ConnectWise handle management of their PSA system on their behalf. "If you don't want to be a ConnectWise administrator, let us do it for you," he said.

The move further expands a services roster that already includes training, certification, and consulting, and offers further evidence of ConnectWise's push to be its customers' most all-encompassing and least dispensable partner. Not quite swimming the English Channel, but ambitious nonetheless.

ChannelPro 5 Minute Roundup for the Week of January 11th, 2021
Why IT Is Still Great for Career Changers, Even Amid COVID-19
END_OF_DOCUMENT_TOKEN_TO_BE_REPLACED

Jabra PanaCast Review - Get Your Huddle On
END_OF_DOCUMENT_TOKEN_TO_BE_REPLACED