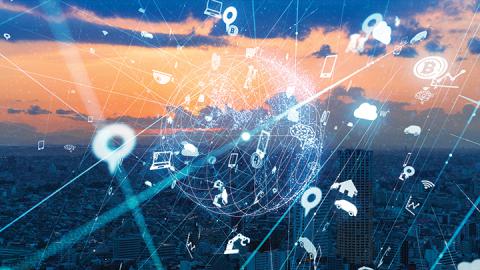 Your favorite RMM, SIEM, and other tools aren’t ready to help yet, but here are five actions to take while solutions evolve. By James E. Gaskin
Tweet

AS THE INTERNET OF THINGS moves from ideas to installations, all those new “things” on the network need to be managed. Unfortunately, your favorite remote monitoring and management (RMM) tool may not be ready.

Existing tools often have little to say about devices on the network that communicate over IP but aren’t PCs, routers, switches, or other well-behaved clients. Your RMM may identify a VoIP device, for example, but not be able to tell you it’s a Cisco SPA504G 4-Line IP Phone.

“RMM vendors say they can manage IoT devices, and they scan for IP addresses and find them. But truly manage, secure, and patch them? Not yet,” says Dave Seibert, CIO of MSP and solution provider IT Innovators, in Irvine, Calif. That will eventually change, he continues, because it has to. “All the big players, like AT&T, one of the world’s biggest IoT implementors, and Microsoft Azure’s IoT platform, are talking about how they’re getting there,” Seibert notes.

One group helping RMM vendors get there is the Open Mobile Alliance, which is working to standardize the Lightweight Machine-to-Machine (LWM2M) specification to provide machine-to-machine service. “We expect to see more MSPs begin to leverage enterprise-grade device management tools that better support IoT device lifecycle management,” says Samuel Hale, an analyst and head of IoT platform testing at research and benchmarking firm MachNation.

IoT device management tools are available today from AVSystem, ClearBlade Inc., Huawei, Siemens AG, Software AG, TeamViewer, Telit, and more. Some of the tools offer integration with popular RMM platforms via REST API now, and others will soon. In addition, MachNation provides a Device Management Scorecard that it updates on an ongoing basis.

Security information and event management (SIEM) tools are advancing too, according to Seibert, but they’re “really focused on breaches, not IoT.”

In the meantime, Seibert outlines five actions to take with clients while tools continue to evolve:

1. Do a site assessment to discover what’s there, including time clocks, IP lighting, and even IP fans and the like.

2. Run delta reports to identify what new devices show up.

3. Use your existing RMM tools to send an alert when a device it can’t identify appears on the network.

4. Conduct a quarterly business review with your client to plan for new IoT projects.

5. Better control the network. “It’s best if you know what’s coming before they plug it in,” says Seibert.

While the only way to really know an IoT platform is to use it, says MachNation’s Hale, that can be tough since there are more than 400 IoT platforms in the world. “Typically, medium- to large-scale IoT deployments involve a variety of hardware types, often sourced from different vendors,” adds Hale. Integrators in a vertical are better able to recommend specific IoT products they have used before and may be able to manage.

Patching and updating IoT devices will remain a tough issue, however, says Seibert. “Think of IoT like the radio in your car. It will keep the same functionality as the day you buy it. Too many IoT devices are like that. Some are just not updateable.”

Managing devices you can update will continue to be a struggle too, given how varied they can be, says Seibert. “The only common detail about many IoT devices is that they can get onto a network.”