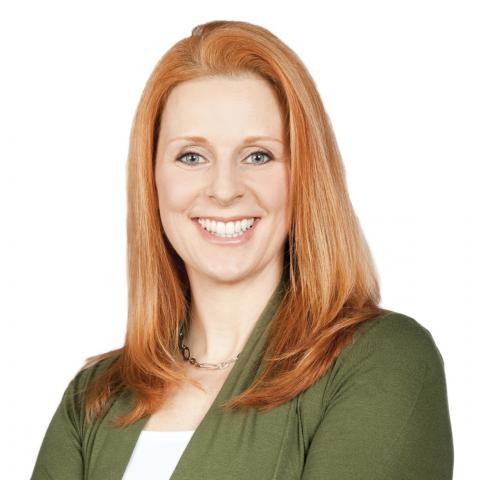 Salespeople need to prepare for every scenario that might jeopardize closing a deal. By Robin Robins
Tweet

A couple of years ago at the Chicago Roadshow, midmorning the first day, the power went out. Supposedly a squirrel met his untimely doom with a transformer. In the room, no lights, no microphone, no air conditioning, and no projector. I was onstage at the time and paused for only a minute to make a funny comment about the power being off, but then kept right on speaking. Many mentioned how impressed they were by my composure, but there was only one reason I was able to go on with the show: NEGATIVE PREPARATION.

I had this same situation happen at another event years ago and was woefully unprepared for it. It cost me dearly in sales because I was so dependent upon that PowerPoint that I was barely able to continue. The room became swelteringly hot and I lost my voice—but I learned.

Now I keep a backup on paper of everything we need electronically for this very reason, which is why I was able to keep going. I also have a lighter dress shirt to change into (and out of a suit jacket). Plus, I know how to control my voice so it doesn’t die by 5:00 p.m. from shouting at the room.

Experience has taught us many other lessons that even affect how we draft our contracts with hotels to include clauses for odor and construction. While we cannot prevent it ALL, we have never once (knock on wood) had to cancel an event or suffer complete “disaster” in not being able to deliver.

In sales, similarly, you need to prepare for everything that might throw off closing the sale. Make a list of every question, every concern, and every objection that may come up. Think of every negative thing that could happen: The decision maker is not in the meeting. A competitor comes in cheaper. A friend of a friend is working an influencer on the inside. They want to wait and “think it over.”

Then, instead of hoping nobody notices the elephant in the room, address it head-on IN ADVANCE, either with your marketing materials, a qualification phone call, or early in the sales meeting so you don’t waste a ton of time on a prospect that doesn’t close later on due to an unstated (or stated) objection.

Let’s take a look at this with one of the most common objections: price.

First, make sure it’s the REAL objection. One way to do this is by asking, “If I were able to match the price quoted by the other company you’re considering, would we win your business?” If the answer is “Yes,” what do you do next?

You need to make a solid argument as to why buying an inferior service from your competitor is not a good value, while appealing to the customer’s emotional need to get a “fair” deal, not get taken advantage of, and avoid looking foolish. One strategy I recommend is a document comparing your services to those of your competitors. It’s best used in advance of the close, so you have ample time to explain that you aren’t the cheapest—and why that works in THEIR favor.

This skill of handling and overcoming objections doesn’t come naturally to many, but with some finessing, it will up your sales game and your profits exponentially. If you’re looking for further guidance, I strongly suggest you check out www.sales-a-palooza.com. This resource will provide you a proven sales playbook that will teach you how to overcome objections and so much more!

ROBIN ROBINS, CEO of Technology Marketing Toolkit, has helped more MSPs and IT services companies to grow and prosper, liberating them from stagnation, frustration, drudgery, and low incomes. For over 18 years, Robin has been showing MSPs and IT services firms how to implement marketing plans that attract higher-quality clients, lock in recurring revenue streams, and secure high-profit contracts. Her methods have been used by more than 8,000 IT services firms around the world, from startups to multimillion-dollar MSPs.

Understanding the “After” Can Help MSPs Protect Against Ransomware
October 12th, 2020

How MSPs Can Maximize Revenue in the Face of Churn
END_OF_DOCUMENT_TOKEN_TO_BE_REPLACED

Jabra PanaCast Review - Get Your Huddle On
END_OF_DOCUMENT_TOKEN_TO_BE_REPLACED