ICYMI: Our Channel News Roundup for the Week of November 9th 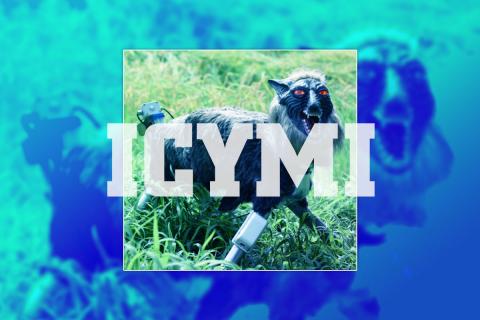 New Macs from Apple, new firewalls from SonicWall, and a new source of nightmares for bears (and maybe humans) are all among the many stories we’re bringing your way just in time for the weekend. By James E. Gaskin
Tweet

Welcome to a couple of phrases that should’ve been kept far apart: Friday the 13th and 2020. Yes, today is the second Friday the 13th of the year. The first one was back in early March when life was fairly normal but just about to change. Be careful today and avoid black cats who are walking under ladders to keep what little luck we have intact. Happily, all these newsbits are full of luck, so partake in 3, 2, 1, now! 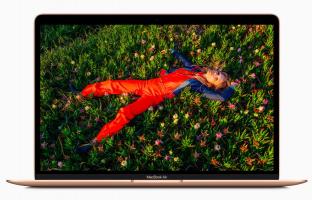 New Macs from Apple. New Macs come every year or so, but new processors? That’s special, says the Cupertino crowd, now shipping the new M1 chip inside the spiffy new MacBook Air (pictured), 13-inch MacBook Pro, and Mac Mini. The MacBook Air has an 8-core M1 CPU pushing performance, as does the 13-inch MacBook Pro that claims its M1 processors boost speed by up to 5x.

That 8-core M1 CPU, by the way, has four high-performance cores and four high-efficiency cores. The System on Chip provides the best performance per watt of any PC system, according to Apple. The cutting-edge 5 nm process packing 16 billion transistors into a single M1 chip also provides a 15x speed increase on machine learning applications. 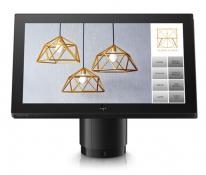 News from other name brands. Shoppers expect more today, and the new HP Engage One Pro point-of-sale system (pictured) can help meet those expectations. Easy to sanitize, easy to use in self-service situations, and designed for retail and hospitality settings.

Also from HP is the new HP+ print program, launching with the new HP LaserJet M200 Series and HP OfficeJet Pro 8000 and 9000 series. These only work with original HP ink and toner for the most reliable and highest quality output.

As workloads move to the cloud, load balancing becomes an issue. How convenient that Amazon’s AWS Gateway Load Balancer service is now generally available. Makes it easy to deploy, scale, and manage third-party virtual appliances such as firewalls, consolidate security policies, and integrate traffic without having to rework traffic source and destination.

Also from the ‘Zon is S3 Intelligent Tiering, building on the S3 Intelligent-Tiering released two years ago. Optimize storage costs by automatically moving data to the most cost-effective access tier. And check out the two tiers for seldom-accessed storage with reduced cost. 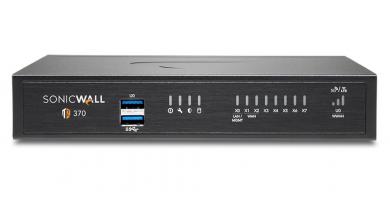 Security news. Those waiting for the Microsoft Endpoint Data Loss Prevention product should be happy that it’s now generally available. It understands your data and prevents data loss across Microsoft 365, Teams, SharePoint, and Exchange.

McAfee pulled the curtains on a batch of new goodies, including MVISION Marketplace, MVISION API, and the MVISION Development Portal. Find the best pre-integrated product or roll your own.

Starting back in July, Cybrary offered free IT and cybersecurity training and certification. For November, courses from CompTIA have been added covering phishing, information privacy, and more.

After every breakup, you have to get your key back. In the same vein but with fewer tears, the CyberArk Cloud Entitlements Manager removes excessive cloud permissions. Or you can think of it as keeping that guy from accidentally taking the wrong lunch (yet again) from the breakroom fridge. Either way, control access more easily now.

Need help with security, especially your SOC? Check into pairing IT By Design and SKOUT for ITBD Shield and reduce your monitoring, managing, and remediating security burdens.

Speaking of zero touch network access, Barracuda acquired the ZTNA provider Fyde, and the result is the new Barracuda CloudGen Access, available in the coming weeks to MSPs. 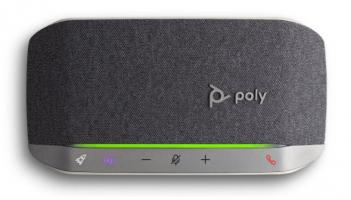 Microsoft certified the new PolySync 20 USB/Bluetooth smart speakerphone (pictured) for use with Teams. Small and portable with the quality to support team collaboration, so capture those dog barks in high fidelity. One button touch on the PolySync 20 launches the Teams app.

Guess what else is Teams certified? If you said “Jabra’s Evolve Series headsets” you’re a winner.

Speaking of meetings, the folks behind Avaya Spaces added new capabilities, including a 61-participant “concert” view, to a system designed to centralize voice, video, messaging, chat, and task management.

If it’s hard to convince customers of the value of a new UCaaS system, the new AVANT UCaaS Total Cost of Ownership Assessment Tool might help. Adjust for multiple variables and create that happy client buzz.

Schneider Electric now helps you manage distributed IT across multiple sites with its new Dispatch Services. Designed for single-phase systems in edge environments, it provides advanced remote troubleshooting and on-site support for those monitoring with EcoStruxure IT Expert. Maybe one of those edge sites can be a new Schneider Electric EcoStruxure Micro Data Center R-Series for rugged indoor environments. Six models will be available in the U.S. and Canada in December and in Europe early next year.

More ways to connect to your prospects and customers are always welcome. Hello to Zendesk linking with all Facebook messaging services including WhatsApp, Messenger, and Instagram.

Hard to bridge that gap between OT and IT? Not with Paessler’s PRTG Network Monitor, which now reads industrial IT communications standards. That includes OPC UA, MQTT, and Modbus TCP. 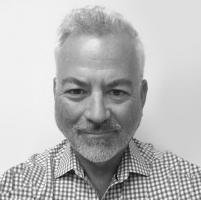 Non-product news. The Alliance of Channel Women is looking for three female channel leaders to join its nine-member Board of Directors for the next two years. All ACW members in good standing are invited to apply no later than November 20th.

Zadara announced that Gene Cunningham (pictured) joined as vice president of sales, and Joe Sacchetti came aboard as senior director of channels.

128 Technology shook hands with Granite Telecommunications, which will now include 128’s Session Smart Router in its own Built-to-Order SD-WAN end-to-end managed networks.

Auvik’s 2020 Network Vendor Diversity report spells out how the network device market is getting more crowded and competitive. The Top 10 (Cisco, Meraki, Ubiquiti, HP, Aruba, Ruckus, SonicWall, Dell, NETGEAR, and Fortinet) claim around 80% of the devices across all networks. Switches are the most competitive, with 138 vendors, although the top nine compete for 93.4% of the market share. 90% of networks of all sizes are limited to one to three device vendors, but two-thirds of MSPs are managing more than five network device vendors. SD-WAN technology and virtual machines continue to grow, replacing branch routers and switches on today’s networks. Price is becoming secondary to a seamless user experience. Over 375,000 managed network devices across a sample of 30,000 networks were analyzed.

The Connected Culture Report from RingCentral explores how remote work impacts employee productivity and well-being. Surprise: companies with a “connected culture” are twice as likely to be productive when working from anywhere compared to those that don’t. Connected culture companies help teams stay in touch yet still support work/life balance. Of workers who feel more productive, 71% feel more connected to colleagues than before the pandemic, and 34% say they’re more productive working at home. What helps them feel connected? Frequent employee communication (50%), enhanced collaboration tools (26%), virtual happy hours (24%), peer chats (22%), and group video games (15%). 58% of men versus 48% of women say their mental health is as good or better than before the move to remote work.

The pandemic has cut B2B technology channel sales through Q3 about 4% compared to 2019 (Jan.-Sept.). This from the NPD Group’s B2B Distributor Tack and Reseller Tracking Services. Ready for the good news? September saw the first positive growth since the pandemic started, inching up 1% compared to September 2019. Security software sales grew 7% year over year for the first three quarters while the overall software market sagged 2%. Data center software also grew 6% YoY and now represents 54% of total data center ecosystem revenue. Hardware that enables remote networking and learning sold through the channel also saw notable growth. Notebooks were up 27% YoY while webcam sales were up 326%, or nearly $140 million in incremental revenue. 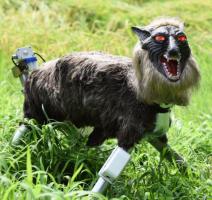 Forget the bears, I’m scared too. This headline is so 2020: “Japanese town deploys ‘Monster Wolf’ robots to deter wild bears.”

First, Japan has bears? And this rural town had so many bear intrusions they bought “monster wolf” robots? Japanese robots have become amazingly realistic over the last decade. When we saw this headline, we imagined some kind of “Terminator” wolf skeleton with giant teeth that runs faster than a Nissan 300ZX. We’d rather face a bear than that nightmare.

The town of Takikawa on the northern island of Hokkaido bought a pair of these monster wolf robots and installed them in September after two fatal attacks. To date, there have been no bear encounters. We imagined Terminator wolf robots picking their teeth with bear bones.

Alas, the reality is much more mundane. The wolves are mounted on a pole, only move their heads back and forth, have glowing red eyes, and make wolf-like noises through a speaker. The tail includes a flashing LED display. More lame than the animatronic junk at Chuck E. Cheese.

We’re thrilled the bear attacks have stopped, but our hopes for a real wolf-like robot were dashed. Once again, we’ve been 2020’d.