ICYMI: Our Channel News Roundup for the Week of November 5th 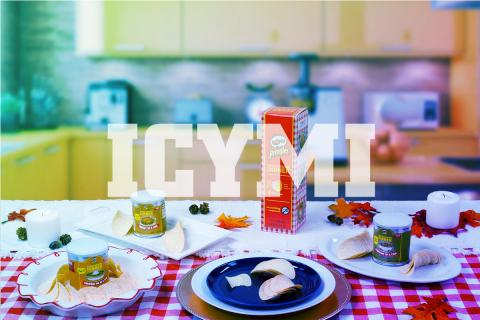 Post-Halloween goodies from Intel, nonprofit industry software from Microsoft, and the fastest, easiest Thanksgiving dinner recipe ever invented are all among the stories we’re just now telling you about. By James E. Gaskin
Tweet

Any week that starts with an extra hour of sleep on Sunday can’t be all bad. If you enjoyed that extra time in the sheets one week later this year, thank the candy industry. Getting darker before Halloween cuts down on trick or treat time for the young ones who can’t stay out that late. That leaves the older kids, who all seem to dress in the popular teenage costume of “oh my look what the world is coming to,” rather than Disney princesses and Marvel superhero masks. So the next time you grab a candy bar for that afternoon boost, nod in appreciation for your extra sleep. 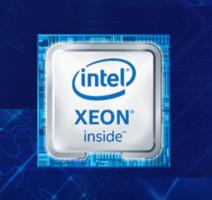 Post-Halloween Goodies from Intel. You know that new core processors (i9) are generally followed by new Xeon chips. Say hello to the Intel Xeon E-2100 processor for entry-level servers (on the shelf) and Cascade Lake advanced performance scalable processors (due in the first half of 2019). High performance computing, artificial intelligence, and infrastructure as a service fans should be thrilled with up to 48 cores per CPU and 12 DDR4 memory channels per socket.

Meanwhile, Supermicro wasted no time in building some of the new Intel Xeon E-2100 processors into servers. Fill your racks with the new UP servers that boost performance 30 to 50 percent over the previous generation. 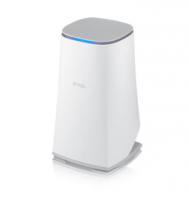 If you haven’t cursed a printer today it must still be early. Managing printers is never easy enough, at least not until you can reload paper with a mouse click. Until then, check out the improvements with Xerox’s Managed Print Series new integration with ECi e-automate software. The upgrade helps many things, including supplies delivery so at least the paper you need to load will be close at hand.

Ivanti  added a new asset: the Ivanti Asset Manager Cloud. Track IT assets throughout their lifecycle, including lease, warranty, and financial data.

Swiftpage unleashed the next generation of Act! CRM (which old-timers remember as the program that created the category). The cloud-enabled software adds powerful marketing automation to the traditional functionality.

Schneider Electric (UPS and much more) expanded the roll out of its EcoStruxure IT Expert. The cloud-based data center infrastructure management program can now be had in Europe.

FileCloud (file sync and share) wants to enhance Microsoft Office collaboration with its DocIQ, a real-time collaboration layer. Now your manager can mess up your carefully crafted work in real time rather than letting you think you escaped all those “improvements.” At least one of the features is a log of who had access. 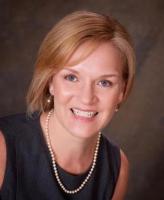 Ingram Micro kicked off the first of those software-as-a-service product search campaigns we told you about recently.

Still talking about Symantec, this time for joining up with the Aryaka PASSPORT security ecosystem along with Palo Alto Networks, Zscalar, and Radware. That makes Aryaka part of Symantec’s Technology Integration Partner Program.

ForeScout (security) made a $113 million cash offer and grabbed SecurityMatters. Goal is to improve agentless device visibility and control, especially in the enterprise IoT space.

Shaking hands on an OEM deal, the ThinPrint Client is now integrated in the 10ZiG Thin Client for high-performance printing.

Looking to hire more people? You are not alone, according to the Spiceworks 2019 State of IT Careers report. Nearly a third (29 percent) of organizations plan to hire more staff, especially in the cybersecurity area. Spiceworks found enterprises are seeking AI expertise almost as much as security smarts. Midsize companies need DevOps skills, while small businesses need help with end user hardware and infrastructure. As for the workers, one in four are looking for a new employer while eight percent want to leave IT and six percent want to move into IT consulting. And 25 percent of female IT pros expect a promotion compared to 14 percent of male IT folks, but the men expect a bigger raise. Over 1,000 respondents in North America and Europe were included in the survey.

How much is your complete personal data file worth online? Less than $50, according to Kaspersky Lab’s new survey. That includes personal data stolen from social media (hey, we give that away for free), bank accounts, gaming websites, and more. Info for sale on the dark web includes details from services like Uber, Netflix, Spotify, etc., many of which may include credit card information. Most insulting? If bought in bulk, personal profiles may be had for as little as $1. At least cybercriminals are offering better customer service. Now you get a warranty so that if one account’s information goes stale, you get another account as a free replacement.

In a scary segue, new data published by CyberSeek shows accelerating demand for cybersecurity professionals across the country. Created by CompTIA and Burning Glass Technologies, CyberSeek’s report was released in conjunction with the National Initiative for Cybersecurity Education (NICE) Conference in Miami. Details show that over 715,000 cybersecurity workers are currently employed, but there were 313,735 job openings between September 2017 and August 2018. Salaries offered ranged from $75,000 for a tech/specialist up to $129,000 for a cybersecurity architect.

Thanksgiving in a chip. Not that kind, but the munchable kind. Pringles Thanksgiving Dinner, a limited edition, includes the three most important flavors: turkey, stuffing, and pumpkin pie. Eight varieties were tested last year, and these won. A three-pack retails for $14.99.

But how well did they REALLY search for flavors? Did they add a waft of worthless brother-in-law into the recipe? How about a dash of daughter home from college who thinks all this is just sooo boojie? (bourgeois for the rest of us). Do we get the hint of disdain from middle school daughter eyeroll? How about a cup of oblivious from younger boys? The odor of disgust watching a teenage boy trying to stuff an entire turkey leg into his mouth?

Hey, Pringles, did you include residue of mid-term elections? That might be an overpowering “flavor” this year.

No matter the flavors, we all need snacks for the football games played on Thanksgiving. Maybe they should add a burned taste as your Fantasy Football team goes down in flames?