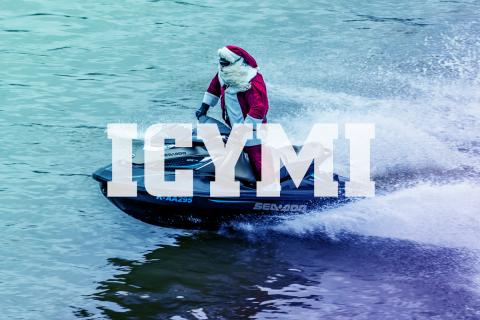 A mammoth acquisition by Salesforce, new cloud goodies from Amazon, new calling features for Microsoft Teams, and a new world record for jet skiing Santas are among the many stories we’re finally sending your way. By James E. Gaskin
Tweet

We’ve made it through 11 of the 12 episodes of the 2020 horror-show anthology series, so keep your fingers crossed the last episode doesn’t end in four weeks with a more-bizarre-than-usual twist. Our 2020 weirdness for this week? Temperatures in Bismarck, N.D., will be higher than in Atlanta on Tuesday. Sheesh. 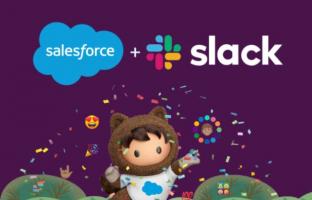 Salesforce news. No matter which channel you check, Slack agreed to be acquired by Salesforce for about $27.7 billion. Slack will be woven into every Salesforce module, and the partnership will expand Slack’s reach as well. Deal should close in the second quarter of Salesforce’s fiscal year 2022.

Salesforce’s platform architecture has been “reimagined” with the delivery of Salesforce Hyperforce. Better platform for growth and security, faster at B2B and B2C scale, local data storage, and more.

Hello to Einstein Automate, built to deliver automation capabilities for every business function and create intelligent workflows and integrated data across any system with little or no coding. 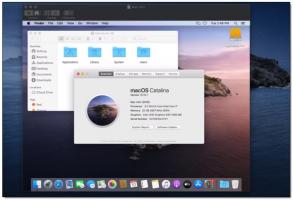 AWS partner news. As expected, multiple partners have new AWS goodies. For instance, look at the new Sophos Professional Services for AWS. After all, hackers have now discovered the cloud.

Rackspace is big in the Professional Services launch in AWS Marketplace too. New and updated solutions include Cloud Native Security for AWS, AWS Travel and Hospitality Competency, MLOps Foundations, and more. 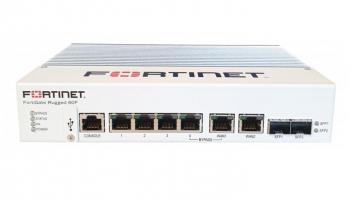 MSPs have a new option for endpoint detection and response in the form of the newly launched Bitdefender EDR package.

The revved-up Secureworks Threat Detection and Response works as a SIEM alternative to detect, investigate, and respond to security incidents with greater visibility.

In limited distribution since last summer, NetMotion’s secure access service edge (SASE) platform did a major bust out and is now available globally. And on Microsoft Azure. 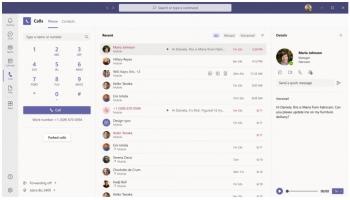 Intel and Google are working together to develop reference architectures for the now generally available “Anthos on bare metal” solution. Deploy enterprise-class applications on existing hardware and handle hybrid- and multi-cloud tasks.

If you have customers with VPs who fear losing their buzzword-filled memos, check out the updated Veeam Backup for Microsoft Office 365 Version 5. Purpose-built backup and recovery make it easier to find and restore data, including entire groups, specific channels, and settings. And drivel-filled VP memos.

What's new in version 4.21 of HarmonyPSA, you ask? Why, enhanced project and resource management capabilities plus expanded service desk functionality, that's what.

The now-available Cohesivity DataProtect, part of its Data Management as a Service (DMaaS) solution, reduces complexity and is built for the hybrid cloud.

Who needs more and cleaner backup power? Everyone! So check out the more powerful Schneider Electric Galaxy VS 3-phase UPS for external batteries that now extend from 20-150 kW (480V) and 10-75 kW (208V).

The TPx UCaaS applications help spiff up Cisco Webex by being an all-in-one platform in one of three bundles you can mix and match depending on the needs and number of users.

Nextiva’s latest release of its NextOS platform completes its journey to a true platform company. Now includes fully integrated communication applications with business software along with AI and workflow automation. 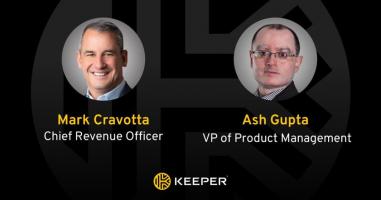 NetFortris reiterated its commitment to the channel with the addition of two new channel managers, a senior marketing manager, and the new role of vice president of strategic partnerships. Hola to Jay Wicker, Colm Armstrong, Rachel Turkus, and Aaron Kanahele, respectively.

SYNNEX completed the spin-off of the now public company Concentrix. Stockholders of record received one share of Concentrix per every common stock share of SYNNEX they owned.

Sherweb signed a deal with airSlate, the company behind signNow, making the e-signature program available for their partners.

Identity and security player Sectigo acquired SSL247, the largest SSL certificate provider in the U.K. and France. Then they grabbed Xolphin, the SSL folks in the Netherlands.

The IDC Worldwide Mobile Device Trackers report expects the recent surge in PC shipments to continue over the fourth quarter of 2020 (18.2% year-over-year). Growth in 2021 should be about 1.4%. Notebook PCs should grow 26.4% year-over-year in 4Q20 and 3.2% in 2021, while desktop PC sales will decline in both periods. Many expected the bump to fizzle by now, but with the education backlog remaining large and school technology shortages in place all over the world, growth will push well into 2021. Interestingly, other items like smartphones, PC monitors, TVs, and gaming consoles are also growing. Guess that’s what happens if enough people stay home as requested during various lockdowns.

Good employment news from the Paychex IHS Markit Small Business Employment Watch shows small biz hiring remained largely consistent with the prior month, down only 0.03% to 94.29%. Hourly earnings growth stood at 2.76% despite weekly hours worked dropping 0.04% YoY. The South remains a full point of employment over the next highest region, with Texas climbing one spot in the rankings each month for the past quarter to rank first among states in job growth. Construction leads all industries in job growth for the last seven months, compared to Leisure and Hospitality with has had the weakest index for the last eight months.

Remember when your parents urged you to tell the truth to suffer fewer consequences? That seems to be a lesson well learned by some SMBs. A Kaspersky Report found that SMBs that step up and inform stakeholders and the public about a breach are, on average, likely to lose 40% less than their peers that stayed quiet and saw their breach leaked to the media. This tendency echoes similar results for enterprises that have suffered breaches. Still expensive, but those who fess up suffer about $93K in damages compared to those who get hit with $155K in damages after trying to hide it. In North America, 48% disclosed their problems, 27% hid the issues, and 25% tried to hide it but suffered when the breach news leaked. 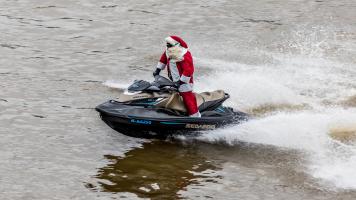 How Santa gets around when the reindeer are in quarantine. Reports of COVID-19 infecting animals are not rare. Maybe that’s what happened to Santa’s reindeer. Or maybe the Australians just wanted to have some fun (they’ve been known to do that).

On the Nerang River in Queensland this week, 156 people dressed as Santa Claus rode jet skis together. Yes, they set a new Guinness World Record too in the process. More important, they raised money for Christmas for Kids in Care, a charity that gives toys to children in foster care. This event broke the previous record of 129 jet-skiing Santas.

Who had “jet-skiing Santas” on their Good News in 2020 bingo card?

ChannelPro 5 Minute Roundup for the Week of May 23rd, 2022
END_OF_DOCUMENT_TOKEN_TO_BE_REPLACED