ICYMI: Our Channel News Roundup for the Week of November 27th 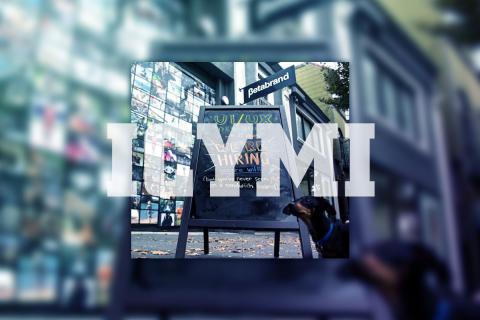 Just when we’d stopped feeling stuffed after Thanksgiving, Amazon Web Services stuffed us all full of product and partner news at its re:Invent conference. And that’s just the start of the news from last week that we’re finally catching up on. By James E. Gaskin
Tweet

While your table may run over with food at Thanksgiving (mmm, pie) that’s nothing compared to the tech news logjam that breaks before the last turkey sandwich gets chomped. Have to cram all the end-of-year biz into a short window before things grind to a halt as everyone gets overwhelmed by holiday plans. Gifts, family, parties, repeat. Hint for HR—don’t hang any mistletoe at the company party this year.

Amazon and AWS re:Invent 2017 clogged up Las Vegas with attendees, not to mention new products from The Big A, and partners clogged up news buckets. Wipe that cranberry sauce of your chin and let’s catch up.

Amazon and AWS re:Invent. Finally want someone intelligent to talk to at work? AWS to the rescue with Alexa for Business. Every employee can now have intelligent help to do things like start conference calls, keep a to-do list, and re-order supplies (more smiling boxes in your future?)

Did you hear ‘order?’ Say hello to new features in AWS Marketplace to make it easier to purchase and deploy third-party software through the AWS Partner Network.

Alexa isn’t the only smart thing upgraded at AWS re:Invent. Amazon SageMaker, a fully managed service for developers and data scientists to build and deploy machine learning models, is in the club too.

Want to escape? Amazon Sumerian will make it easier to build VR, AR, and 3D applications.

Want to bore friends with slides and movies of your escape? AWS Essential Media Services can help. The integrated suite includes five new services for live and on-demand video.

Amazon Neptune, a fully managed graph database service, also supports some of the new features in Amazon Aurora and DynamoDB.

Now you can access third-party SaaS apps from your own Virtual Private Cloud (VPC) while keeping off the public Internet with AWS PrivateLink.

Leveraging the new Amazon GuardDuty, the improved Armor Spartan provides threat prevention and response for clouds like AWS and Azure.

Other GuardDuty helpers were announced, like Alert Logic Cloud Insight Essentials and RedLock Cloud 360 Platform threat detection. Add the update to CrowdStrike Falcon to the list as well.

How do you figure out the real costs of your cloud tools? Ask the cloud, of course, in the guise of LogicMonitor’s LM Cloud app.

Fortinet extended its Security Fabric apps to AWS customers with a handful of new tools and capabilities.

Vying for attention…Believe it or not, (buy your ticket here), other companies had news as well. Let’s hear from Microsoft and HPE.

Feeling lost? Talk to Microsoft Azure Location Based Services—TomTom and others have. Look up sites on your now-production Microsoft Edge for iOS and Android.

Start planning the retirement party for Microsoft’s Office Compatibility Pack and the Excel, PowerPoint, and PowerPoint 2007 viewers. Save the date for April 2018.

You want more? Of course you do. So we got more

Movers, shakers, and what got shook. Diane Bryant (pictured), former group president at Intel, flew up to the Google Cloud as its new chief operating officer.

Proofpoint signed the dotted line on the purchase of Weblife.io to help protect against email-related attacks.

Trend Micro expanded its Hybrid Cloud Security toolkit with the acquisition of Immunio.

McAfee grabbed Skyhigh Networks in a definitive agreement with an undisclosed price.

It’s not good news, just less-bad news, about the global market for PCs (desktop, laptop, workstations) and tablets (slate, detachable). A decline of 2.7 percent year over year in 2017 is “a slower contraction compared to the previous year.” All this from IDC’s Quarterly Personal Computing Device Tracker. Annual growth through 2021 should be negative 2.0 percent. Tablets and detachables like Microsoft’s Surface Pro are the only market that will actually grow, but only by about .3 percent. Unfortunately, that will only reach about 9.4 percent of the market by 2021. Apple should grab about 30-35 percent of that market, with Google Android and friends hogging the rest.

But things keep looking up in the cloud biz, with growth around 18 percent through 2021 and total spending reaching $62.8 billion that year, according to IDC’s new study, Worldwide Managed Cloud Services Forecast, 2017-2021: An Extraction View of Technology Outsourcing Services Markets.

Look for continued growth in IP telephony, unified communications, and UCaaS too. Frost & Sullivan’s North American Hosted IP Telephony and UCaaS Market, Forecast to 2023 tracked user growth at 32.1 percent and revenue growth at 30.6 percent in 2016. Expect double-digit growth rates through 2023 at least. Nice phrase: “The market is relatively untapped and can support a large number of providers.”

Which industry has the highest risk of fraudulent email? No, not Nigerian Princes looking to move millions of dollars out of the country. Healthcare. Yep, those in healthcare “send” and receive fraudulent emails more than everyone else, per a report from the National Health Information Sharing and Analysis Center, the Global Cybersecurity Alliance, and Agari released the report titled “Agari Industry DMARC Adoption Report for Healthcare.” With that title, you might (correctly) assume the report says Domain-based Message Authentication, Reporting, & Conformance could reduce phishing and other email fraud considerably. Only about two percent of healthcare companies fully deploy DMARC today.

Catching new fish with old bait. Smart programmers remain elusive everywhere, but especially in San Francisco, where the competition gets more cut-throat every day. Online retailer Betabrand’s CTO Colin Stuart needed a UI/UX developer and went all high-tech on LinkedIn and AngelList and other websites and got bupkis (for the non-Yiddish speakers, that means he got nothing). A professional recruiter would cost as much as $30K, so Stuart went about as low-tech as you can: a sandwich board.

Yes, chalk on a board, sitting in front of the Betabrand store on Valencia. “UI/UX Designer with JS chops? We’re hiring. Inquire within.” Two weeks later, the job was filled. Two weeks after, another sign for a front-end developer lured in a new hire.

We know SF can be strange, but it could get weirder. Stuart, looking for a marketing VP, sums it up: “Maybe I’ll rent a donkey and paint ‘Now Hiring’ on its side. After all, techies clearly connect with 19th century recruiting methods.”

New job for all the Uber drivers looking to escape: sandwich board wearing donkey-person.