ICYMI: Our Channel News Roundup for the Week of November 26th 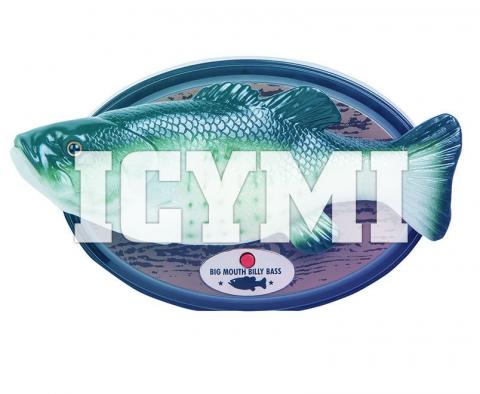 The Amazon re:Invent wrap-up you desperately want and a singing wall-mounted fish you probably don’t want dominate our latest batch of stories we really should have written about earlier. By James E. Gaskin
Tweet

Did you miss us last week? We were too busy watching football and plotting our bargain shopping, as were most of the people that usually make news. Somewhere in there many of us enjoyed family and friends for Thanksgiving, until they started talking too loudly during the game. Speaking of TV, did you get that one on sale you parked on your wish list a month ago? 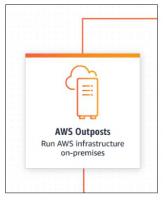 re:Invent, says Amazon Web Services in Las Vegas. Las Vegas is a great place to feel thankful, assuming you leave town with a few dollars still in your pocket. Or you can leave with pockets full of news about things like AWS Outposts, fully managed and configuration compute and storage racks filled with AWS-designed hardware (sorry, won’t fit in any known pocket). Access the same APIs and VMware control plane locally and web-ally and more. Your own Very Private Cloud (VPC) extension to your location. ETA second half of 2019.

Also new (in US East, US West, and Ireland) are EC2 instances (A1) powered by Arm-based AWS Graviton Processors. These custom chips are built around Arm cores and optimized for performance and cost.

The dilemma: can’t delete data but you don’t want it on expensive, speedy storage (or at least you don’t want to pay new fees for those old ones and zeroes). Now Amazon S3 offers storage tiers for automatic cost optimization. The tiers are:

Choose your tier when you upload that data or set policies to shift tiers 30 days or more after creation.

Intelligent Tiering is but one of eight new storage services and capabilities from Amazon. Speaking of old bits, you can take advantage of the S3 Glacier Deep Archive and store a terabyte for $1 per month. And check out the two new file system options.

New file system options? Yes, like Amazon FSx for Windows File Server. Same native Windows file system as on WinServers, now accessible via the SMB protocol on Amazon. Lift and shift those workloads to the cloud. 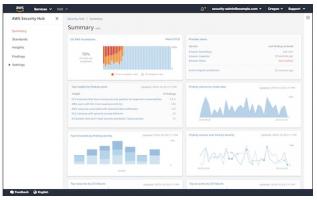 Security news at re:Invent. Check out a preview of the AWS Security Hub, free during this eval period. Pull in Amazon GuardDuty, Inspector, and Macie details, as well as AWS partner solutions.

One of those partners, McAfee, is ready to go and can integrate the McAfee MVISION Cloud into the AWS Security Hub today.

Prefer to tie in Fortinet Security Fabric with your AWS SecHub (nickname trademark applied for)? Also waiting in the AWS Marketplace.

The AWS SecHub (tm pending) has another partner in Check Point. Includes the Dome9 tools Check Point recently acquired, all wrapped up in the Check Point CloudGuard product.

Tenable is also tied to SecHub with its AWS Connector for Tenable.io, which is now in the AWS Marketplace. So too is Tenable.io itself.

Cylance, meanwhile, spread the word this week that its CylancePROTECT for the cloud now supports AWS. More AI smarts working to keep you safe. 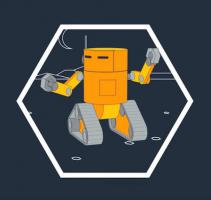 More from re:Invent 2018. Most Internet of Things data ends up in the cloud sooner or later. AWS wants to make that easier with four new services:

One of the “things” in IoT is robots (true, look it up). Hence the new AWS RoboMaker service (pictured, kind of) to help partners develop, test, and deploy robotics applications.

How do robots learn? Machine learning (dad joke alert). But ML is the first step in lots of artificial intelligence applications. Say howdy to Amazon SageMaker with 13 new machine learning capabilities and services. Many are available today. Goodies include a new infrastructure and a custom machine learning chip.

AWS Marketplace burst onto the scene six years ago and now has more than 4,500 software listings. Too many? Check out Private Marketplace, which limits corporate searchers to pre-approved products and vendors.

Sumo Logic (analytics) has selected AWS as its preferred cloud provider, and also unleashed a series of innovations for securing the cloud-first business. Not least of which is the new MSSP and system integrator program Sumo Logic launched with AWS. 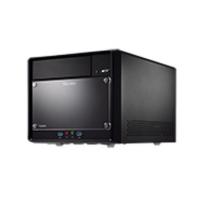 Non-AWS products hit the streets, too. When you or your clients hit that “so many files, so little organization” threshold, check out the new AvePoint product, AVA (as in AvePoint Virtual Assistant). AVA is a bot that locates and restores Office 365 content for users. Integrates well with AvePoint’s Cloud Backup for Office 365 solution.

Tufin (security) announced a free trial offering for its new Tufin Iris that adds visibility and control of security policies for cloud-based applications.

Want to time travel? Now you can, though not for a chance to buy that Powerball lottery ticket or Google stock so much as for a snapshot-in-time view of an entire cloud infrastructure for up to seven years of data. CloudCheckr SnapBack is waiting to help. 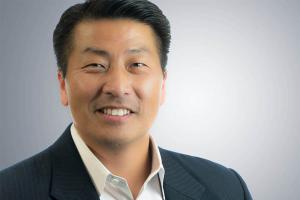 Partners got partner-lier as Carbonite (data protection for SMBs) and Iron Mountain (ditto for enterprises) expanded an existing partnership. Henceforth, the Carbonite Data Protection Platform can fold into the Iron Cloud platform.

Be thankful you didn’t get hacked during Black Friday and Cyber Monday (assuming you didn’t, of course). SonicWall analyzed security attacks during the full week of Thanksgiving through Cyber Monday (when employees waste time on ecommerce rather than Facebook and Instagram) and found glumness. There were 91 million malware attacks, which sounds terrible but is 34 percent fewer than in 2017. However, 889,933 ransomware attacks meant a 432 percent increase over last year (three quarters were of the Cerber variant). Ouch. The 163,839 phishing attacks were up 45 percent over the average day so far in 2018.

Seagate sponsored the IDC White Paper The Digitization of the World – From Edge to Core. Guess what? Data keeps growing faster and faster and could reach 175 zettabytes by 2025. No, zettabytes isn’t a Silicon Valley party appetizer, but one sextillion bytes. The scale goes gigabytes, terabytes, petabytes, exabytes, then zettabytes. Blame financial services, manufacturing, healthcare, and media and entertainment primarily for the growth. Enterprises corral the most data and will be responsible for about 80 percent of the total in 2025. Half of those 175 zettybytes will be hanging out in public clouds. One trend? Edge computing, meaning more and more IoT sensors will keep gathering data and storing it somewhere, often in a cloud or two. 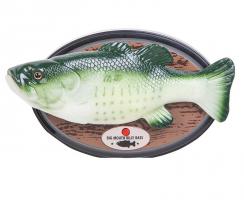 At last, the perfect wall-mounted singing fish/virtual assistant for that special someone. Just in time for Christmas! Remember Big Mouth Billy Bass? That mounted rubber fish that sang “Take Me to the River” as it wiggled and weirded out your friends? It’s back! This time as an “outlet” for Amazon’s Alexa that lip syncs with her spoken responses. Thank Gemmy Industries for this great new merely $40 gag gift (even though they aren’t proud enough to put Billy’s picture on the website). Imagine the excitement of making this magnificent addition to your décor and technology at the same time. No word if a discount from a local divorce lawyer is included. According to a sample size of one wife, hanging Big Mouth Billy on the wall would make that discount coupon critically important.

ChannelPro 5 Minute Roundup for the Week of April 5th, 2021
END_OF_DOCUMENT_TOKEN_TO_BE_REPLACED

Jabra PanaCast Review - Get Your Huddle On
END_OF_DOCUMENT_TOKEN_TO_BE_REPLACED